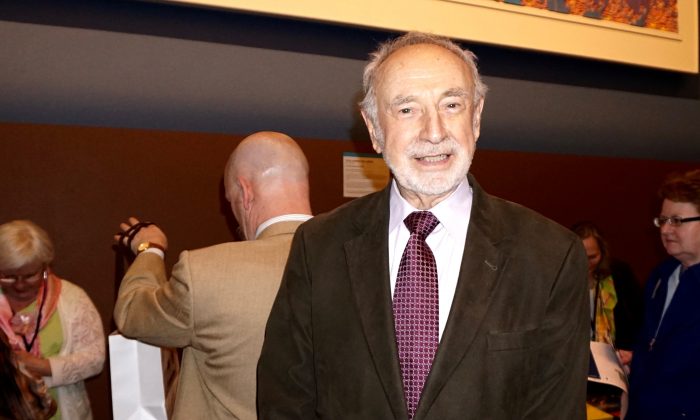 Shen Yun’s classical Chinese dances tell stories of China, and several of the stories from over the years tell of the persecution of Falun Dafa in China today. Since 1999, the Chinese communist regime has waged a brutal campaign to eradicate Falun Dafa, a spiritual path devoted to truthfulness, compassion, and tolerance. Its adherents have suffered every imaginable torture when they have refused to abandon their faith.

Many of the performers in Shen Yun, a company formed in 2006 in New York, are Falun Dafa practitioners. Thus, the company is not allowed to bring its revival of traditional culture—which is spiritual in nature—to China today.

Mr. Hasten has a parallel story, of sorts. The entrepreneur published a memoir of his life called “I Shall Not Die,” which traces his experiences as a Holocaust survivor and then his triumphant rise to wealth in the United States, and his contributions to the state of Israel. He enjoyed friendships with Jewish luminaries of the post-war era, such as Ariel Sharon, Elie Wiesel, and Benjamin Netanyahu.

Perhaps proudest of his quarter-century friendship with Israeli political leader and Prime Minister Menachem Begin, Mr. Hasten mentions in an interview that he learned many virtues from his friend: “He stuck to his principles, his faith, and his convictions. He was an inspiration to me.”

These same values are celebrated onstage in Shen Yun dances such as “The Steadfast Heart.” In this dance, a couple is practicing their morning Falun Dafa meditation exercise when the police arrive to arrest and beat them. Jailed, the husband is shattered under torture but does survive. Only through divine intervention is he restored.

Many seeing this dance have felt inspired by the man’s courage, and yet saddened that people must suffer for their beliefs.

Even in the 21st century, this kind of freedom of expression is not allowed, Mr. Hastens said, and that “bothers me a lot.”