A warm welcome in Perth for Shen Yun 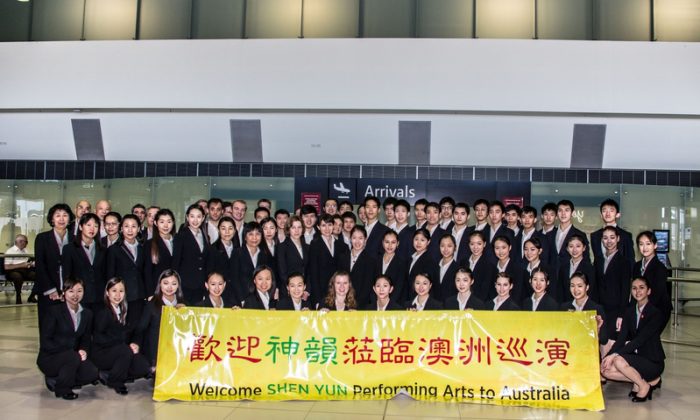 Looking at the audience feedback from the cities the company have visited so far, it is clear that Shen Yun Performing Arts has exceeded the expectations of both people experiencing it for the first time as well as fans returning to see the all new production this year.

The company started this year’s World Tour in Oklahoma, and travelled west, north and south down to Australia in the Southern Hemisphere.

Each of the Shen Yun production’s individual songs or dances highlights some cherished value of traditional Chinese culture—compassion, loyalty, kindness or bravery. Through every breath and intent, classical Chinese dance allows artists to express deep emotions through the dance movements and subtle gestures.

In Idaho Rick Justice and his wife, Dawn, were visually impressed; he commented that “it was easy to see how such bright and colorful scenes could become flowers.” His wife thought the beauty of the performance came through in the costuming, the dance, and also on another level, “It was just emotionally touching, moving,” she said.

At the Vancouver stop, entrepreneur and well-known community activist Barj Dhahan saw Shen Yun for the first time and said, “I think the unique part is learning a little bit more about China’s ancient wisdom.”

Now Shen Yun has arrived in Perth with its all new performance and fans are eager to attend after a two year wait.

On arrival, the World Company Orchestra’s conductor Milen Nachev spoke of the positive audience responses during the company’s tour so far and said, “Finally we are in Perth, Australia, and we are really excited and we are very much looking forward to presenting the art of Shen Yun at the highest level possible.”

Back in 2014, after attending Shen Yun during its first visit to Perth, Western Australian Federal Labor MP Alannah MacTiernan suggested people come and see “something that is a very exquisite and engaging,” and should be celebrated by Chinese the world over.

Come and see for yourself why so many audience members come away from a Shen Yun performance impressed, touched and often transformed by the experience.

Shen Yun will be performing at the newly renovated 75-year-old historic Regal Theatre from Jan. 30 to Feb. 6.