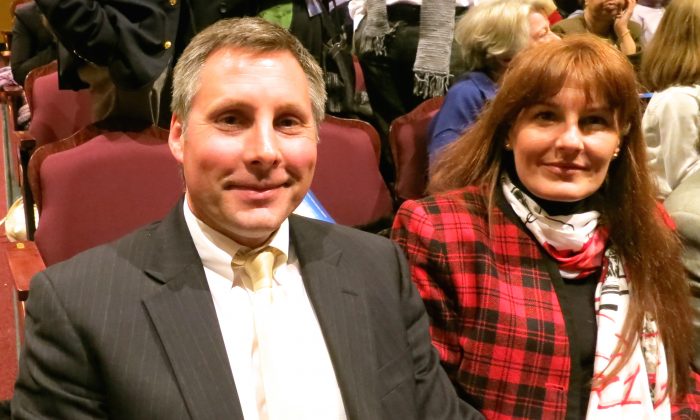 Shen Yun’s Theme of Respect and Compassion Should Be Universal

MILWAUKEE—Tom Wozniak took away from seeing Shen Yun Performing Arts World Company “the importance of respect and compassion for one another,” he said.

“It is a theme that should be universal: compassion, passion about your history, and your pride in your culture,” said the financial adviser for New England Financial.

And Mr. Wozniak felt that he had learned a lot about Chinese history through the performance: “It is an interesting outlook on what is happening in history and the ancient history, so learning a lot of the history in general.”

In addition to ancient legends and myths, Shen Yun presents stories from contemporary China. One such piece depicts the persecution of Falun Gong practitioners in mainland China. Falun Gong (also known and Falun Dafa) practitioners follow the principles of truth, compassion, and tolerance.

Mr. Wozniak explained that before the performance he didn’t know a thing about the persecution which started in 1999.

In addition to learning about Chinese history, he enjoyed the quality of the performance, in particular mentioning the costuming and the timing of the dances.

But even more impressive for him was how the dancers worked together: “Perfection with the timing is probably the most impressive thing. Synchronized, yes, that is the word I was trying to get,” he said.

Shen Yun specializes in large scale dances with intricate formations that move through space. Audiences always seem to mention that the timing is perfect.

In conclusion, Mr. Wozniak said, “Shen Yun offers a lesson in other cultures, and I would say just the celebration of culture.”