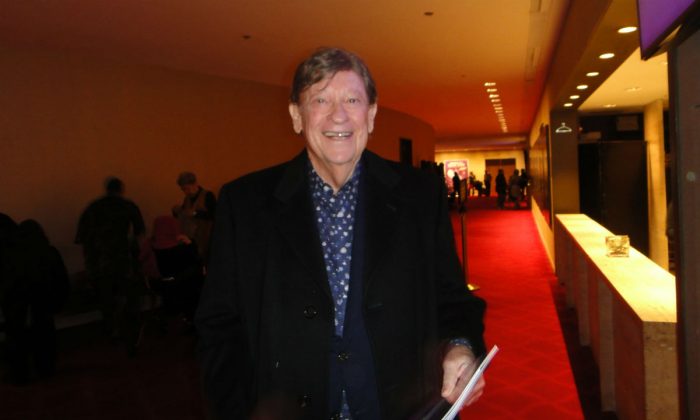 NEW YORK—From the very first moment international business owner James Ross set eyes on Shen Yun Performing Arts’s dancers, he was drawn in by the grandeur before him. From the colors to the costumes, Ross was blown away by the creativity and attention to detail.

“It’s such beautiful work, from the first moment. The breathtaking costumes and the colors. Every little detail is so beautifully thought out,” he said, after experiencing the performance at The David H. Koch Theater at Lincoln Center on March 7.

But the visual feast was not the only thing that captivated Ross. The founder of a wine consultancy company, Oakwood Advisors, thought Shen Yun’s message of hope was the most important thing that came out of the production.

“This is such a hopeful work. There [is] so much promise and beauty in the world,” Ross said.

Ross added that it is important to have productions like Shen Yun, as it expresses universal themes and values that audience members can relate to.

“If you look around at the audience [they look] basically down because we are living in a very difficult age. And this is an expression of the uniformity and beauty of the human spirit,” he said.

“It’s extraordinary. I would like to know who are the people behind this.”

Since its inception in 2006, New York-based Shen Yun has been like a beam of hope for audience members around the world. The traditional dance and music company was established by a group of Chinese artists who were determined to bring back history and culture that was lost after seven decades of communist rule.

Since seizing power in 1949, Chinese Communist Party (CCP) has employed movements aimed at eradicating 5,000 years of civilization and traditional culture. From cultural sites and temples to ancient relics and people’s beliefs, much of China’s history and spirit were destroyed. This is because the regime sees traditional Chinese culture, which is deeply rooted in Buddhism, Taoism, and Confucianism, as its greatest rival.

The most well-known movement, the Cultural Revolution occurring between 1966 and 1976, was an unprecedented move to systematically eradicate traditional culture and replace it with Mao Zedong’s way of thinking and style of discourse, as Shen Yun explains on its website. Mao’s campaign has been catastrophic for China’s traditional culture.

For over a decade, the company, with its mission of reviving China’s semi-divine culture, has inspired and uplifted audience members, like Ross, who said Shen Yun’s mission “has really saved the world.”

“We have to focus on the beauty of humanity, not on the negatives. We are in a state that is really pretty frightening. And art is a portal. And we must, where we have the opportunity, to use that portal towards positives. That’s an obligation when you understand these things. I see that as being done with [Shen Yun],” Ross said.

Ross, who is also trying to produce his own theater performance, left to him by his wife, said he was intrigued by the different elements of the performance, in particular, the animated backdrop.

“It is beautifully done and so perfect in its execution with the video that adds in such a beautiful way. It’s extraordinary,” he said.

Shen Yun’s backdrops are like magical windows that infinitely extend and transform the stage, according to the website. It allows performers to travel back and forth between the stage and the animated backdrop, providing a distinct background-stage performance interaction.

“I haven’t seen video used in quite this way. There’s a tremendous amount of creativity behind this,” Ross said.

He added, “I also see the incredible thinking that went behind this to create it. And it all starts with a concept, and of course a concept grows as you work it.”

With reporting by Xinxin Teng.