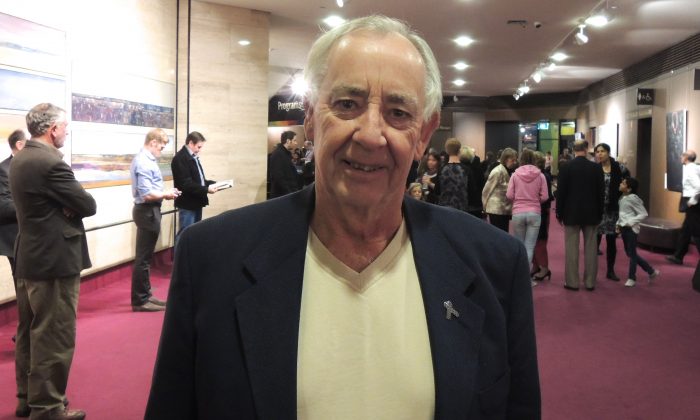 “I think it’s wonderful. We have lost so much. Every culture has lost so much with the modern technology and the way we have to live. And I think it’s so important we keep that culture—for every group, every civilization.”

Shen Yun brings to life myths and legends from ancient China—including one dance about a Chinese dragon, which stood out for Mr. Sabine.

“So far my pick is the dragon scene. It’s beautifully done. The modern technology they’ve used for that has been extraordinary.”

The blending of ancient Chinese stories with state-of-the-art digital technology is a surprise for many audience members. The Shen Yun website calls the backdrops “magical windows to completely different realms.”

Mr. Sabine described the performance as colourful and very vibrant and said he would definitely recommend it to others.

“I think come along and broaden your mind to the cultures that did happen and hopefully will be restored.”

Shen Yun has two more performances in Adelaide as part of its 2014 Australia tour.