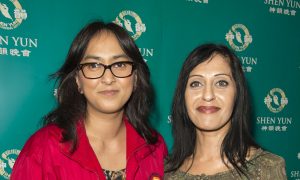 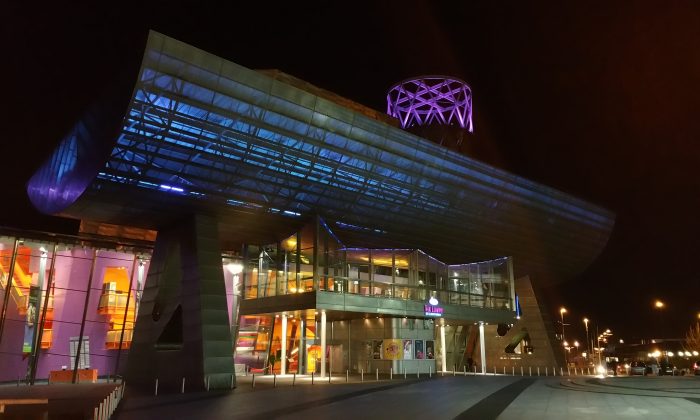 SALFORD QUAYS—Martial artist Eric Yates said Shen Yun’s performance at the Lowry Theatre in Salford Quays on March 31 was beautiful. “But the most important thing was it was the truth,” he said, “something that’s been removed to try and disconnect us from our spiritual origin, from where we come from.”

Mr. Yates, who is also an English teacher, said he had lived in Canada for six years and compared aspects of the Shen Yun performance to the way First Nations traditions had been passed down.

Classical Chinese dance that forms the heart of a Shen Yun performance was passed down among the people, in imperial courts, and through ancient plays. Over 5,000 years it absorbed and preserved the traditional values of Chinese culture.

“China was once known as Shen Zhou—The Divine Land. This profound name describes a land where deities and mortals coexisted, and a belief that the divine transmitted a rich culture to the people of the Earth,” states the Shen Yun website.

“[It’s] the culture with the spiritual connection, where the traditional dances and all the other things came from were originally there in the first place,” he said. “This is not the real world—this is the world you’re in now, where the opposite is true. We are all born from the other world, from everything shown tonight in the dance.”

“We’re all one, all divine beings, we’re all compassionate and really interested in each other rather than wealth and material things. We’re just spirits in a material world, really.”

It goes beyond the here and now, it’s a continuation of thousands of years of tradition.

Because so much of China’s rich legacy has been passed down in vivid detail, Shen Yun has a seemingly limitless repertoire from which to draw its inspiration. Moreover, these stories, coupled with the music and dance, embody profound inner meaning.

“Digging deeper, one discovers a sea of traditional Chinese culture,” states the Shen Yun website. “Mortals and divine beings merge on stage as one. Principles such as benevolence and justice, propriety and wisdom, respect for the heavens, and divine retribution, all come to life, washing over the audience.”

Vicar Christine Davis recognized the timeless aspect of the performance.

“It goes beyond the here and now, it’s a continuation of thousands of years of tradition and you’re still being able to perform it,” she said. “The universal value of love beats everything; love is what it’s all about. We’re not here to make money; it’s all about loving one another and getting on with one another, so I thought it was beautiful.”

“I can’t begin to tell you, I was in tears, it was just wonderful,” said 90-year-old Jean Darby. “I’ve never seen anything like that before and it was wonderful, it really was,” she added.

Paralegal Taneisha Messaoud and her husband Nouri only came to see Shen Yun by chance, when a colleague offered her tickets. For her, too, it was a surprisingly emotional experience.

“I didn’t know what to expect, but I thought it was fantastic,” said Taneisha. “It had me in tears a few times, I just filled up a little bit; I just thought it was beautiful.”

Both her and her husband particularly appreciated the two-stringed erhu piece “All For Today”, performed by virtuoso Mei Xuan.

“I just didn’t think you could get such a moving piece of music from something like that,” Ms. Messaoud said. “When they explain that it only has two strings you think it would be quite simple but it wasn’t.”

The strength of tenor Tian Ge’s voice also surprised her as he sang in Chinese the song “Fulfilling My Dream”. “His voice was just [so] powerful,” she said. “You don’t understand what he’s saying but you can read what he’s singing [on the back-drop] and it’s quite moving.”

Shen Yun’s digital animated backdrop forms a key part in every performance, transporting audiences to other regions of China or to heavenly realms. The dancers interact with the backdrop in perfect synchronicity.

The Shen Yun Orchestra also works in harmony with the dancers and blends Eastern and Western instruments to create a unique sound.

“The sound was just terrific, and the skill of the musicians was first class,” said chartered surveyor Steven Bramall. “It was excellent. I would see it again. I would go again.”