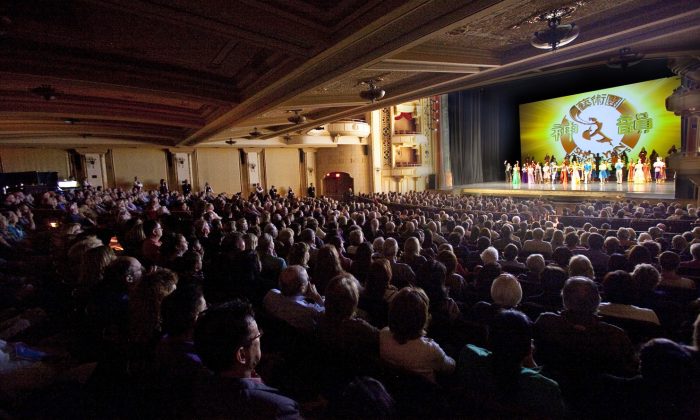 SEATTLE—April 3–6 saw Shen Yun Performing Arts pay another trip to Seattle for a unique glimpse into traditional Chinese culture. Doctors, musicians, corporate executives, and television hosts made their way to the Marion Oliver McCaw Hall to take in the wonder that is Shen Yun.

“This is really an amazing performance—these people are highly accomplished, and it was just beautiful,” said Michael Brown, doctor and founder of Marina Medical.

“This is the real deal, these are real people, this is real time, and they’re doing real things,” Dr. Brown said. “This is pretty impressive to me.”

Shen Yun uses the arts to present 5,000 years of divinely inspired Chinese culture. According to the company’s website, “Its stunning beauty and tremendous energy leave audiences uplifted and inspired.”

That energy was not lost upon classical pianist Barbara Gulbran. “I love it,” she said. “The discipline of their dancing, it’s beautiful. They’re perfectly matched.”

As a performing soloist, Ms. Gulbran spoke of Shen Yun’s orchestra from a professional standpoint.

“I’m interested in the harmonies of Chinese music, the intervals of the thirds and fourths,” she said. “Anyway, because this doesn’t seem like strict Chinese—it’s got a Western influence, so I am trying to understand it.”

Shen Yun’s orchestra is a blend of two great musical traditions: the grandeur and precision of Western orchestration and the delicate sounds of Chinese instruments.

“It’s so full of excitement,” added Ciscoe Morris, a radio and television host in the Seattle area.

“It appeals to all the senses,” he said, taking special note of Shen Yun’s universal theme of respect for the divine, benevolence, and wisdom. “That really moved me in terms of the message they were having,” he said.

And the wonder of Shen Yun was not lost on Paul Schmidt, CFO at Microsoft, who was touched by the entire array of Shen Yun’s artistry.

“It’s interesting to see the dances from the different regions of China, a little bit of the mythology, beautiful costumes,” he said.

Through dance and live orchestral music, the performance brings to life legends and heroes from China’s long and rich history. And in this way, the company’s world-class dancers sustain an art form that has helped to preserve 5,000 years of culture.