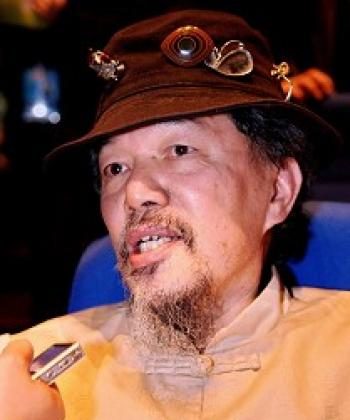 Will Always See the Show, No Matter How Expensive

YUANLIN, Taiwan—Mr. Lai Zuoming, director of Taiwan Natural Lacquer Culture Museum, is a pioneer of lacquer porcelain fabrication in Taiwan. He has watched the Shen Yun performance twice. After watching Shen Yun Performing Arts on March 24, Mr. Lai exclaimed, “The ticket price is well worth it!”

Dedicating himself to the promotion of lacquerware arts and culture, Mr. Lai teaches at the National Taichung University and coaches students in the workshop of a local museum, training almost 75 percent of Taiwan’s lacquerware employees. In recent years he has tried to promote the idea of “a pair of chopsticks for each meal.”

Each time Mr. Lai has seen the Shen Yun show, he has noticed the power of new levels and was deeply affected by it.

Mr. Lai added, “Every time Shen Yun tours Taiwan, I will certainly watch the show, no matter how expensive it may get. Every time I watch the Shen Yun performance, new enlightenment, energy as well as affection, can be obtained through it.”

As to specific realizations, he said, “In the programs The Poet’s Vision and Mongolian Chopsticks, I realized the meaning of “tian” [heaven] and ‘Foodstuff is all-important to people.’”

Granted the “National Cultural Benefactor Award” by Taiwan’s Council for Cultural Affairs in 2001, Mr. Lai said, “In the past, I always said beauty hides itself between the layers of economy or in the nature of the cosmos. After watching the Shen Yun performance, suddenly I feel the spirit emitted by Shen Yun is exactly the common goal that we have been pursuing.”