Shen Yun: ‘You Feel a Part of It,’ Says Professor 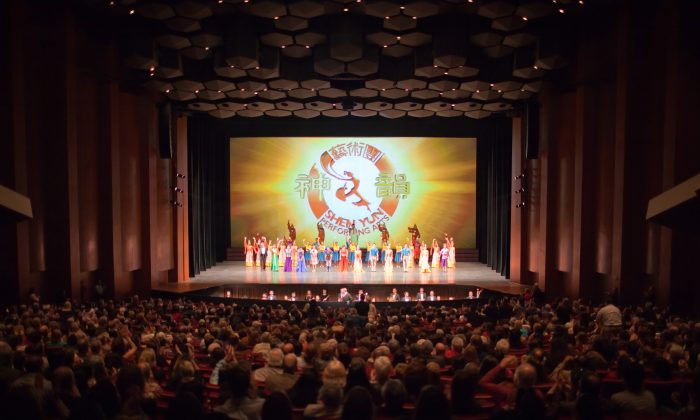 HOUSTON—Professor Pete Rygaard saw a TV spot for Shen Yun Performing Arts and knew he had to see it in person. His two daughters ended up him buying tickets as a gift, so Mr. Rygaard, with his wife and daughters, all attended the performance at Houston’s Jones Hall for the Performing Arts on Dec. 29.

“The colors, the music, the coordination of the dances, the choreography—it is just beautiful,” he said. “I loved it, I loved it.”

New York-based Shen Yun was established in 2006 to revive 5,000 years of Chinese civilization through the performing arts. The artists, from around the world, put together an entirely new show every year.

The culture came through in an immersive experience for Mr. Rygaard.

The artistry of Shen Yun was moving for many audience members.

Mr. Harvey and his wife Veronica had never seen traditional Chinese dance and enjoyed the many types of dance and costumes they saw on stage.

Shen Yun’s dancers perform ethnic and folk dances from the Yao ethnic dance to the Mongolian chopsticks dance, along with classical Chinese dance; however, these traditional art forms cannot be found in China today. Under the current regime, the traditional values that Shen Yun seeks to revive have been suppressed.

It’s a reminder, Mrs. Harvey said, of the importance of the freedom of belief.

There were some serious moments in Shen Yun’s stories, but there were humorous ones as well, the couple said.

“A feeling of joy kind of bubbles up as you’re watching,” Mr. Harvey said. “It’s upbeat and very positive.”