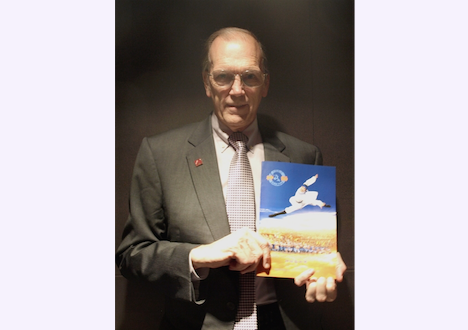 CHARLESTON, W. Va.—Shen Yun Performing Arts, the world’s leading classical Chinese dance and music company, made a two-day stop in Charleston, staging two performances at the Clay Centre for the Arts & Sciences of West Virginia on Feb. 3 and 4.

Dr. Edwin Welch, president of the University of Charleston, who saw the performance on its opening night on Feb. 3, said Shen Yun provides “a great representation of China.”

“I would say the main feeling that is captured by this is one of beauty, one of Chinese, Southeast Asian culture, and expression of that culture, and at the same time, it is classical Chinese, using dance to tell the story of the life of the people and development of the culture,” Dr. Welch said.

Based in New York, Shen Yun features classical Chinese dance, as well as folk and ethnic dances from different parts of China, with all dance performances accompanied by a unique orchestra that combines traditional Chinese instruments with Western instruments.

“I thought that the costuming and the sets are spectacular. It’s very beautiful and exotic … The dancing is choreographed extraordinarily well; the unison of the dancers is impressive,” Dr. Welch said.

Dr. Welch added that one could see themes of compassion and caring about others in the performance. As the Shen Yun website explains, Shen Yun has a mission to revive China’s divinely inspired culture, and its productions showcase the principles rooted in ancient China—principles such as benevolence and justice, propriety and wisdom, respect for the heavens, and divine retribution.

‘Science is Not Always the Answer’

Dr. Paul Blair, a physician, said he enjoyed the traditional elements in the performance, and the “traditional dancing, and the athleticism of all the performers.”

He said he could relate to the spiritual aspects of the performance, particularly the themes in the lyrics sung by Shen Yun’s award-winning vocalists.

“With the soprano, there was a translation [of the lyrics from Chinese]. I thought that was quite interesting. Being a physician, a man of science, I also know that science is not always the answer,” he’s said.

“There was that mysticism and legend … it makes us think about, it’s not all hard science, not all what we see in front of us, but there is a higher order, a higher power,” he said, reflecting on the performance.

In an interview during the intermission on Feb. 3, Kamala Konanur, a jewelry and cosmetics sales person, said she was highly impressed by Shen Yun.

“It is outstanding and astounding, very impressive, and very amazing. The dances that they have been performing, the Chinese, the coordination, and the performance—is awesome. And their costumes are very beautiful … extraordinary, the costumes, nice matching, and coordination, and the music that is going with the dance is absolutely great,” Ms. Konanur said.

Ms. Konanur added that she could see the spiritual aspect of Chinese culture through the performance.

“I feel like as if I am witnessing … the spiritual values of the Chinese culture,” she said.

“I would say that the spiritual—spiritual kind of the values—it is so much attached to theses performances.”