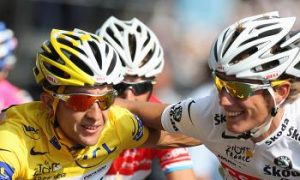 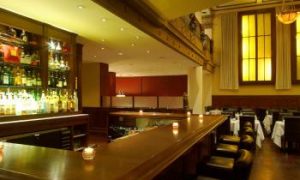 “When a person is inspired by great beauty and simplicity, it can transport them to another place,” said the Luxemburg-born artist.

Ms. Jung seemed to pick up on this idea, saying that, as a Christian, the performance represented an embrace of the divine.

“There’s no question that the dance is beautiful and the costuming is really beautiful,” said Ms. Jung.

“Because in today’s world, there’s so much sadness and sorrow and so much despair.” Ms. Jung elaborated.

“When people go to be entertained, especially in a show, they want to be transported. They want to go to a magical place. They want to transcend the grotesqueness of everyday life in a sense,” she said.

“I don’t mean to sound crude about that but you only have to open a newspaper and turn on the television,” she continued, mentioning recent catastrophes.

That’s why this is so good,” she said. “I want to see more elegance, more simplicity. Just take people to that magical place, which, I think, you’re [Shen Yun Company] on the road to doing,” she said.

“I would say keep it simple and elegant and take it to that place that’s full of magic.”