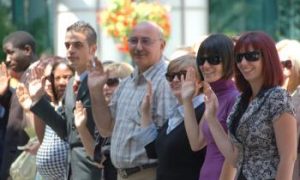 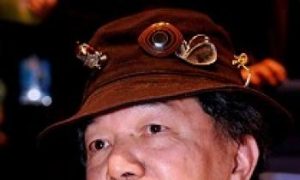 Will Always See the Show, No Matter How Expensive
0 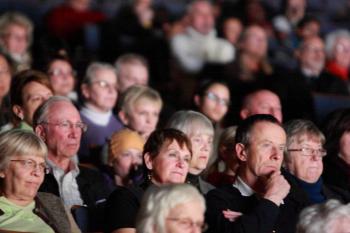 “I thought the show was excellent, fantastic,” said Mr. Sigler, vice president of SafeSpend Technologies, developer of the Penguin Card which can be used in stores like a credit card.

“It was very colourful, the choreography was beautiful. I especially liked the diversity in the dance between the male performers and female performers—very interesting. The subtleties of the show caught my attention and were very, very pretty.”

Beyond presenting myths from China’s rich 5,000-year history, Shen Yun presents some dances touching on issues of contemporary China, including the suppression of spiritual belief and freedom of expression. This resonated with Mr. Sigler.

“The idea of how communism is crushing the … free spirit and freedom of religion—this I noticed, a message that was trying to be portrayed this evening. I thought that was fascinating, something I myself identify with,” he said.

Mr. Sigler felt such a deep connection to the performance that he said he didn’t even need the introductions of the emcees before each piece or the lyrics of the songs by the soprano and the tenors displayed on the hi-tech digital backdrops.

“Even if there weren’t words, I think I could have deduced the meaning of the performance just by the music and the choreography alone,” he said.

Mr. Sigler noted that the female dancers were graceful, while the male ones were more powerful. As New York-based Shen Yun’s mission is to revive the essence of Chinese culture, it’s not surprising that Mr. Sigler, who is familiar with some of China’s traditions, noticed the complementing characteristics of yin and the yang, which traditional Chinese culture upheld.

Mrs. Sigler, a graphic designer, agreed with her husband on the subject of the complementing choreography of the male and the female dances.

“The dancing was beautiful, the performance was beautiful. I loved the way that the women were so graceful, and the choreography was perfect. Everything was very in-time, moved so nicely together,” she said.

Coming in with a graphic computer designer’s critical eye, Mrs. Sigler complimented not only the animated digital backdrops but also another striking aspect of Shen Yun:

“I drew a lot of inspiration.”

Reporting by interviewer and Kristina Skorbach.

Shen Yun will perform at the Sony Centre until Sunday, Jan. 16. For more information, visit ShenYunPerformingArts.org