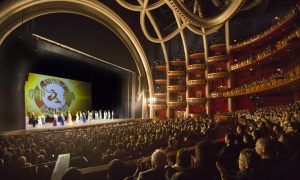 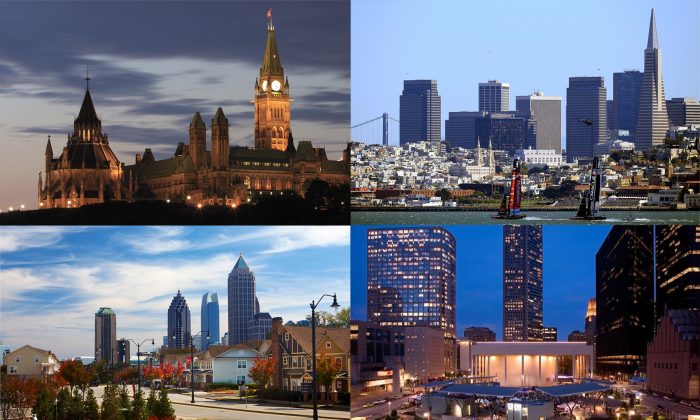 BALTIMORE—Baltimore, the birthplace of the poem that became the “Star Spangled Banner,” is about to witness another birthplace of poets, myths and legends. One that displays incredible beauty.

And instead of a lone poet gazing at the waving stars and stripes above a riverside fort, thousands of audience members will watch long silky sleeves paint ethereal patterns in front of a serene lotus pond; see the sparkle and hear the tinkling of silver Hmong jewelry and cheerful drumbeats; and witness stories taking place in modern China.

Founded in New York in 2006, Shen Yun is a classical Chinese dance company whose mission is to revive the essence of China’s traditional culture, something which is denied open expression in today’s China.

For thousands of years, a belief in the divine was central to Chinese culture. The arts celebrated this by “expressing benevolence, beauty, and many other virtues,” according to the Shen Yun website.

Since the Chinese Communist Party (CCP) came to power in 1949, it has worked to instill a culture of atheism in the country and co-opted the arts as one of its propaganda tools.

According to the Shen Yun website, The CCP’s “Marxist-atheist ideology holds that people must ‘fight with heaven, fight with earth, fight with each other,’ and focuses on ‘class struggle.’ As its greatest rival it sees traditional Chinese culture, which is deeply rooted in Buddhist and Taoist worldviews.”

So Shen Yun dancers, arrayed in hundreds of colorful handmade costumes take the stage not only as highly skilled performers, but also as heralds of China’s ancient heritage.

Shen Yun’s four touring companies perform in over 100 cities around the world every year. Audiences have hailed the company as an inspiration and a powerful force for change.