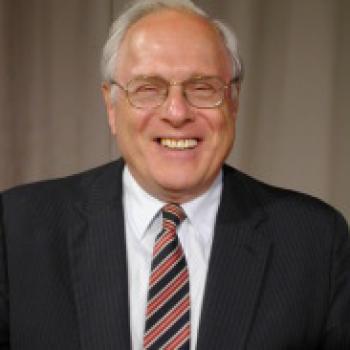 Mr. Thomas was also impressed by the dancers’ technique and precision.
Arts & Culture

PHOENIX—Stuart Thomas, host of the "World Harmony: Can It Happen" talk show in Tuscon, was moved to tears after watching the Shen Yun Performing Arts show at the ASU Gammage on March 28.

“It's wonderful and it's marvelous. It's an introduction to some of the foundational aspects of the Chinese culture. It's incredible,” he said after watching the first half of the show.

Mr. Thomas singled out the piece that depicts the persecution of the spiritual practice Falun Gong in China. He could not hold back his tears as he described his reaction to the performance.

“It's hard for what's going on for the Falun Gong. I am so sorry about it. And I tried to expose [the persecution] in my show, so hopefully to put some pressure to get the persecution to be eliminated.

“So I cried. I cried even in my recollection. I mean it is so hard. It was so sad. I was moved by it.

“The agility of the dancers. My God! They were able to spin and spin, spin, spin and not lose their balance. That's incredible. It's an eye-opening experience to see this aspect of Chinese culture in a classic form."

While praising the content and physical mastery of the performers, Mr. Thomas also lamented that Shen Yun is not yet able to perform in China.

“Falun Dafa is to be respected, hugely respected. An honor to [it] respect here or anywhere in the whole world. Their attributes, what they want is so honorable. In fact, I even question why anyone would want to persecute anyone with such wonderful thinking [that they have].”

Sonya Bryskine contributed to this report.