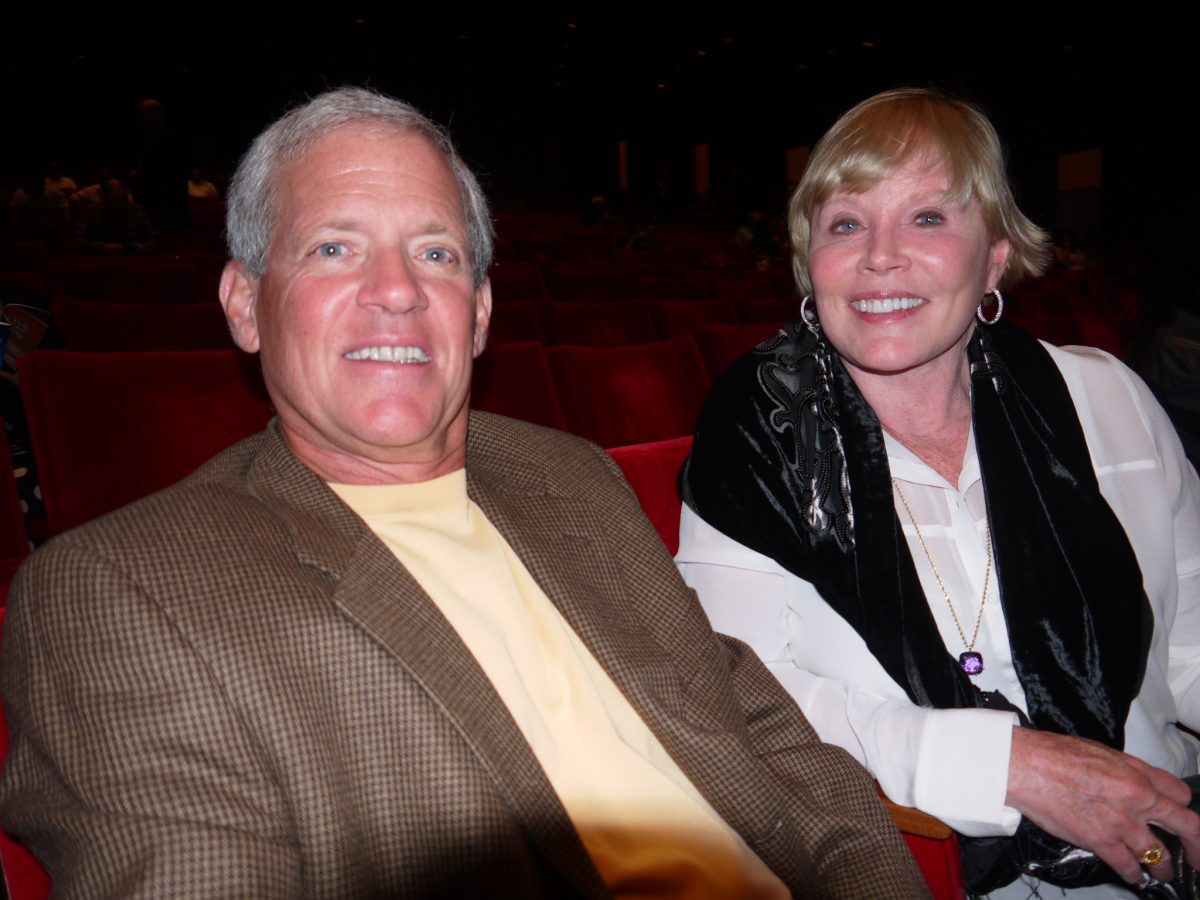 HOUSTON—Shen Yun Symphony Orchestra was an especial experience for Mr. Tom Biery, business owner, and Mrs. Linda Biery at the Jones Hall for the Performing Arts in Houston, Sunday evening.

Mr. and Mrs. Biery are great music lovers and spend half of their time in Colorado, where they are heavily involved with a music festival as well.

Mrs. Biery said the performance was “emotional, in a different way than in so much of the classical music that I hear, which I also love, but this is very special for me.”

Shen Yun’s unique orchestra, which combines traditional Chinese instruments with a classical Western orchestra, was a new experience for the couple.

“It’s wonderful,” Mr. Biery said, praising the Chinese instruments he could see lined up in the middle of the stage along with the the Chinese percussion at the back..

The instrumentation was a treat for music major Natalie Wheeler as well.

“It was extremely moving, it was so good,” Ms. Wheeler said. “The melody and the motives, to me they were very emotional and moving.”

Ms. Wheeler found herself impressed with the passion she said she saw in the orchestra members.

“I thought they were amazing,” Ms. Wheeler said. “They’re just so passionate and they’re so together, you can really just hear the musicality of the works.”

She added that she was particularly moved by the original compositions, which Shen Yun’s conductors draw on China’s 5,000 year old history and culture to create.

“It sounds very triumphant,” Ms. Wheeler said of the endings of the original pieces. “It’s just like overcoming obstacles and it’s a euphoric ending almost. It’s such a strong end.

“Hearing more [of the] Chinese influences is really awesome, and I’d definitely like to study it further,” Ms. Wheeler said.