Shen Yun Still Marvelous and Spectacular After Seeing It 5 Times 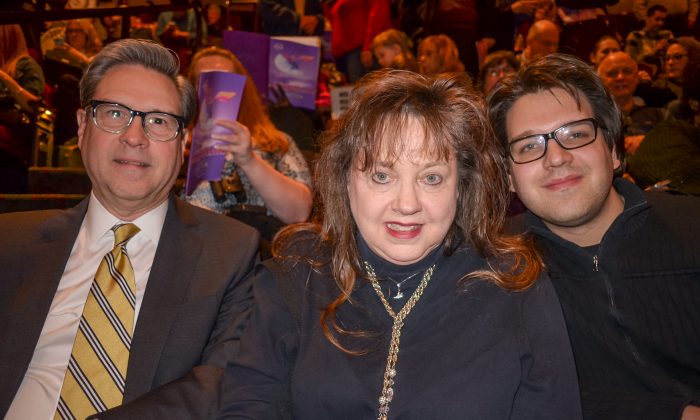 DETROIT—Sallie Bears saw Shen Yun for the fifth time on March 9, and for her it was just as wonderful and fabulous as the first time.

“The performance is spectacular, year after year,” Sallie Bears said.

Tom Bears said he had seen Shen Yun three or four times, and still the dances and the flowing sleeves of the ladies’ costumes stood out to him.

For Brennan Bears, he found that just about everything about Shen Yun was very emotional and beautiful. “You just get lost in the world, get lost in the dance,” he commented.

New York based Shen Yun aims to uplift and inspire audiences through the universal languages of music and dance, bringing to life 5,000 years of Chinese civilization.

According to Shen Yun’s website, “For 5,000 years divine culture flourished in the land of China. Humanity’s treasure was nearly lost, but through breathtaking music and dance, Shen Yun is bringing back this glorious culture.”

“The spirituality is beautiful,” Mrs. Bears commented. “It does get your attention, it makes you think and question what’s going on in the world, it do. Their [the performers] belief, they’re strong in their belief and they’re willing to suffer for it.”

Since the communist regime seized control in 1949, many aspects of traditional culture including spiritual practice, many customs, art forms, and people’s freedom of expression that don’t align with the regime’s communist ideals have been suppressed violently. So, for the time being, Shen Yun cannot be seen in China.

“I’m really impressed by the organizers of the entire show. They’ve gone through so much trouble to do this outside native China and now it’s this touring company that’s not allowed to perform in their own country which is a really sad story behind it,” Mr. Tom Bears said.

“It is a sad story, it is because they are so talented and it is a beautiful performance. There’s not a single negative spot to the performance, it’s all fabulous and it’s too bad they can’t take it to their home country, it really is. I’m glad they bring it around because we go every year,” Mrs. Bears added.

Mrs. Bears concluded by saying, “I’d say I wish more people could see this because it’s the most fabulous performance, it really opens your eyes and it’s beautiful and informative.”

With reporting by Michael Huang and Andrew Darin.