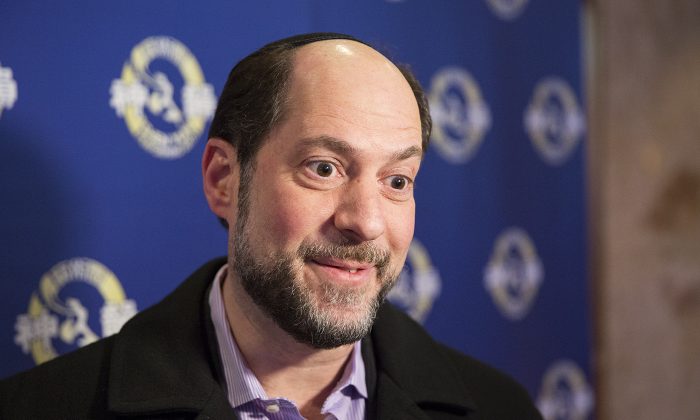 TORONTO—Venture capitalist David Kerzner knows greatness when he sees it.

As CEO of Star Power Capital he has made a career of seeing the magic in a truly great idea and bringing it to fruition. This skill helped him build several highly successful companies including Keek—a leading mobile video social network with 73 million users worldwide.

On Jan. 22 Mr. Kerzner discovered greatness once again as he took in Shen Yun Performing Arts at the Sony Centre.

“It was spectacular in a lot of ways,” he said. “It gave me a new perspective of the Chinese music, the Chinese culture—it was very enlightening, it was very spiritual, and there was a lot of elements of beauty.”

This reaction is what Shen Yun creators hoped for when they founded the company in 2006. Formed by overseas Chinese artists, the classical Chinese dance and music company has a mission to revive 5,000 years of divinely inspired Chinese culture.

This rich culture—influenced by the three pillars of Buddhism, Daoism, and Confucianism—has been decimated by decades of suppression under the Chinese communist regime.

“To be able to do this and create this whole experience, to enable people to understand what [Chinese people] really believe and feel—I was quite impressed with that,” he said, noting that Shen Yun performs all around the world except in mainland China, where the traditional culture remains suppressed.

Shen Yun also promotes cross-cultural understanding, he went on, and is valuable and timely in today’s conflict-ridden world.

“Its important for people to understand others,” he said. “When people share these types of experiences they are most accepting and more agreeable, and hopefully we’ll have more peace and harmony in the world.”

Among his many talents Mr. Kerzner is also a musician, playing drums with his band Nashenu Orchestra. The band has performed its eclectic style of Jewish music in Toronto and New York City for decades—including at the Sony Centre.

“It was very elegant and I really appreciated the instrumentation—the combination between the [Western] instruments and Chinese instruments,” he said.

Being of a Jewish heritage, Mr. Kerzner was surprised to see similar elements between his own culture and traditional Chinese culture. This speaks to the universal principles inherent in traditional culture, he said.

“We’re all one, it’s just that we have a different way of expressing it,” said Mr. Kerzner.

In summing up the experience, Mr. Kerzner described classical Chinese dance as “sensitive and dainty, beautiful and very colourful.”

“There’s a spiritual element to it,” he added. “It was a very interesting way of communicating that through music and dance.”