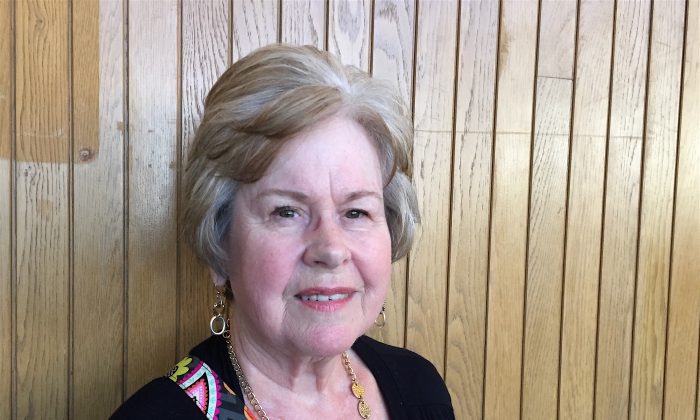 LONG BEACH, Calif.—When Lynda Kernohan’s boss gifted her and some co-workers tickets to see Shen Yun Performing Arts at the Terrace Theater, she had no idea what she was about to see.

But as soon as the curtain went up at 2 p.m. on March 19, Ms. Kernohan knew she was going to have a fantastic afternoon. “I was overwhelmed,” she said. “It was much better than I could ever thought it would be.”

Speaking on behalf of her co-workers, Ms. Kernohan, a dental hygienist, said they were all “blown away” by the special effects.

Right from the start, the stage bursts with vibrant colors as a multitude of performers appear on stage as if flying and floating from heaven.

Throughout the performance, each mini-drama dance piece is enhanced with a digital backdrop. Through the magic of state-of-the-art graphic technology, vivid animated scenes blend seamlessly with the on-stage performance.

Audiences are transported back thousands of years to a China brimming with spectacular landscapes and majestic dynasties.

The theatergoers not only marveled at the beautiful scenery and synchronous dancing, but also relaxed into the dream-like atmosphere as they listened to the unique orchestra and inspirational vocals.

And it didn’t matter to Ms. Kernohan that the vocalists sang in Chinese, because she just enjoyed listening to them.

“You could almost feel what they were feeling as they were singing,” she said.

English speaking audience members view a translation of the songs projected on the digital backdrop. Ms. Kernohan said the songs were about heaven, peace, faith, and hope. But even if the words were not up there, she said, the singing was beautiful and relaxing.

Her boss, who is a dentist, always does wonderful things for his employees. Ms. Kernohan noted that the Shen Yun tickets were one of those very nice things he has done.

And she hopes that more people will have an opportunity to see Shen Yun. She said once they learn what it is about they will really want to come see it.

Even she is already planning to see Shen Yun again and again.

“It was nice to hear it will be different every year. So I’ll be here every year,” she said.