Shen Yun, So Good You Want to Come Back 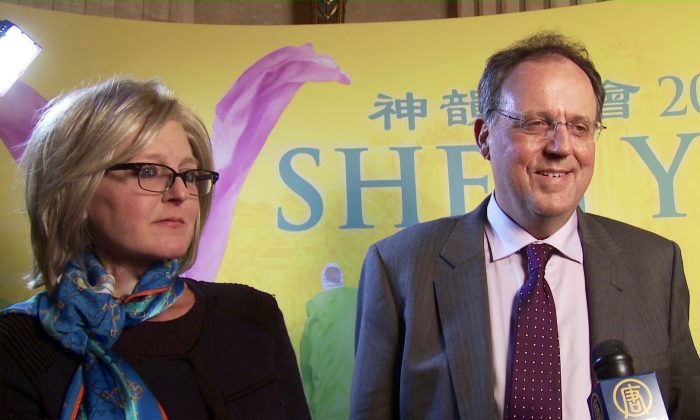 CHICAGO—Among many impressive aspects that Shen Yun Performing Arts is known for—its orchestra of traditional Chinese and classical Western instruments, its handmade costumes, its mission to revive China’s 5,000-year culture—is one that might be a bit harder to see: the highlighting of the diversity of China, through its presentation of folk dances.

But Steve Fagerquist, who was in the Civic Opera House audience on March 15, really saw it.

“What I notice is such a wide variety when you go all the way from Mongolian dancers, all the way to Manchurian, to the mountain regions, and you see the diversity of China, how huge … it is,” said the vice president of human resources for a Boston company.

Mr. Fagerquist’s company, Teradyne, is in the industrial automation field. Its products include collaborative robots for global manufacturing purposes, and although no one could accuse the highly expressive Shen Yun dancers of being robotic, audiences do mention the dancers striking ability to collaborate and dance as nearly one body.

Accompanied by Lisa, whose idea it was to come, Mr. Fagerquist was enjoying the spectacle offered by the “beautiful costumes [and] technically very wonderful dancing.”

“It is quite a spectacle I would say,” he said.

“I have a little secret,” he said at the end a brief after-show interview. “I saw this show in Boston about three years ago, so I’m actually coming back because it’s so good.”