Shen Yun Shows Us a Culture Worth Our Respect 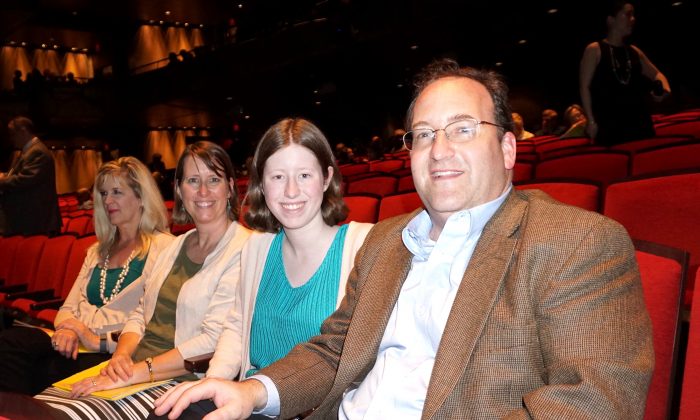 Bob Dubois, along with his wife and daughter, enjoyed learning about China's long history through Shen Yun. (Sally Sun/Epoch Times)

INDIANAPOLIS—Bob Dubois, the President and CEO at Noblesville Chamber of Commerce, hopes people will attend Shen Yun Performing Arts, “so they can see it, hear it, and feel it, and learn more about something that is just on the other side of the globe.”

He saw it himself with his family on March 8 at Indianapolis’s Clowes Memorial Hall, and China is what is on the other side of the globe.

Through the universal languages of music and dance, Shen Yun told stories that gave an understanding of the essence of Chinese culture.

Mr. Dubois found the 5,000 years of Chinese culture presented to be wonderfully colorful and artistically depicted. Yet, it was the music that captured the culture for him.

“The music takes you on that journey through the story, … so it is important, it is a critical component to the show,” he said.

The United States is just a few hundred years old, compared how ancient Chinese culture is, Mr. Dubois said, “[its] history goes back so long, so deep, so rich” that it deserves our respect, our taking a second look at it.

This is especially true since Shen Yun gives us a glimpse at China’s people.

Mr. Dubois had the privilege of visiting China, but came away with just impressions of its architecture, and here he felt he was meeting its people.

As a family of faith who believe in higher beings, Mr. Dubois enjoyed seeing the traditional Chinese beliefs depicted, which goes to heart of Shen Yun’s mission. The company aims to restore the authentic and traditional Chinese culture from a time when humankind and the divine were believed to coexist.

“It is very different culture,” Mr. Dubois said. It is “something that I think Americans need to see it and experience it to show their respect for it.”