Shen Yun Shows ‘There is something greater beyond’ 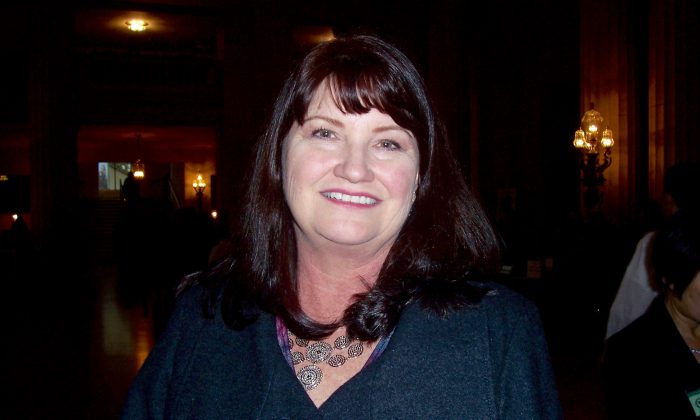 SAN FRANCISCO—Manchurian maidens of the Qing Dynasty step quickly and lightly in their stately court dance. Hearty Mongolian horsemen dance with thin paddle drums, evoking images of flying eagles and wild stallions. Fairies without a care in the world twirl above the sea. And in all of this, Kathy Tsai saw a message.

“[An] amazing and wonderful message,” Ms. Tsai, a flight attendant, said of Shen Yun Performing Arts. “It’s a belief in something higher than our everyday life, in the divine presence, salvation.”

Ms. Tsai attended the performance with her husband and in-laws at the War Memorial Opera House on Jan. 6, as a birthday gift. Her assessment of the traditional Chinese culture shown in Shen Yun was not far off at all.

China has had many nicknames: the Middle Kingdom, Celestial Empire, or Divine Land. As it was shown in the opening of the performance, it’s a land that believed in a Creator, and believed its culture was divinely imparted. The connection to the divine was once nearly destroyed, in the 1960s when communism took power. Without the spiritual component—the foundation of the 5,000 years of civilization—the culture was all but lost.

But New York-based Shen Yun was formed in 2006 to authentically revive this ancient culture, through classical Chinese dance and music. Ms. Tsai said the performance was not only a beautiful “sampling of several dynasties,” but a spiritual message she loved, of how “there is something greater beyond.” In other words, a true revival.

“I think that if it’s a part of Chinese history, it would be a shame to lose it. So I think it’s important that this company is keeping those dances and the traditional dances alive,” Ms. Tsai said.

Jan Lougee and Evelyn Dubocq were among other theatergoers that night who took home a message as well. For Ms. Lougee and Ms. Bubocq, it was hope.

“Because it ended with hope,” Ms. Lougee explained. Throughout the performance, even in the stories with sadness, tension, or a seemingly terrible situation, there was hope. “In the end, the good prevails,” she said.

Ms. Dubocq said there was also an element of something like determination in those stories, and it gave her a sense of peace and calm.

The stories showed that the characters who were steadfast in their beliefs were able to go up against those who were against them, and win in the end, she said.

She agreed with Ms. Lougee. “The way it ended on hope was a good way of ending it,” Ms. Dubocq said.