Shen Yun Shines a Light on Issues That Are Hidden 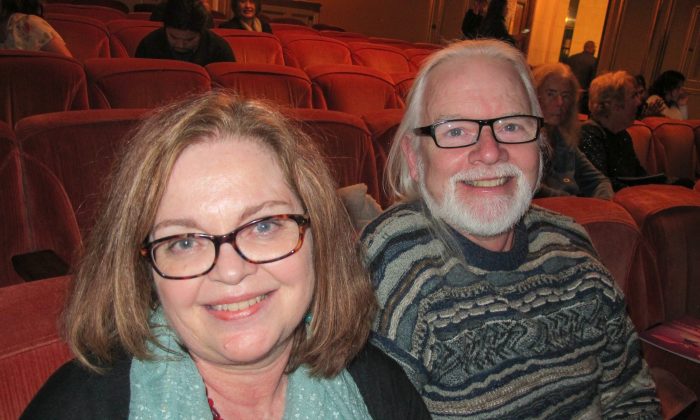 Hong Kong, though allowed to operate with its own government system, is still Chinese territory. In mainland China, since 1999, the communist regime of China has banned Falun Gong, subjecting practitioners of the spiritual discipline to arrest, torture, and sometimes death.

There was a kind of “public awareness” about it, Jensen said. The persecution extended to Hong Kong and was a reminder that under communist rule people are not free. But outside of China territories, this might not be widespread knowledge. There were over 100 million people practicing Falun Gong, also known as Falun Dafa when the crackdown began in 1999, and China is still trying to suppress information about the persecution from spreading.

So when Jensen saw Falun Gong brought up in one story-dance in Shen Yun Performing Arts, she was pleased and surprised.

What is Shen Yun?

Shen Yun was formed in New York a dozen years ago, by artists who wished to revive the authentic traditional Chinese culture and share it with the world. This is a 5,000-year-old culture steeped in spirituality, with principles like respect for the divine and harmony between heaven and earth among the cornerstone beliefs of millennia, and the arts that come from this culture—like classical Chinese dance—reflect that.

It’s a culture that runs counter to the anti-religion communist regime that took power in China in 1949, which then began systemic campaigns to uproot the history and institutions tied to the culture. This culminated in the Cultural Revolution in the 60s.

So perhaps it’s no surprise that Shen Yun—whose program consists of ancient myths and legends, as well as stories portraying this traditional culture in the modern day—is not allowed to perform in China.

Despite the heavy topics some stories deal with, the show Jensen saw was far from dark.

When the curtains first rose, she remembered light, and the beauty of color.

“The colors and the movements—it’s beautiful,” she said.

Through classical Chinese dance, a unique orchestra combining Chinese and Western instruments, and an animated backdrop, the audience is transported from celestial palaces to the Mongolian grasslands, and even to the moon.

Flip Hassett, now retired, has spent his career on the betterment of his community. Most recently, he was executive director of nonprofit United Way, in Merced County.

China, historic or not, was not something Hassett was familiar with, but what he said he saw in Shen Yun were universal principles the world could benefit from.

Through stories and glimpses into history, Shen Yun uses dance to bring alive a culture with values like benevolence and justice, wisdom and propriety. These traditions and traditional values inspired Hassett.

“I wish the whole world would do that,” Hassett said.

And he was blown away that it was all conveyed through art.

“The vibrancy, the energy, the color—I am just fascinated with what they interpret with dance,” he said. “You just feel it.”

There was an energy on stage that emanated into the audience and moved him.

Hassett noticed that many of the artists themselves practice Falun Gong. The program book states that Shen Yun’s artists believe in cultivating the spirit, in order to create art that can truly move their audiences.

With reporting by Cynthia Liu, Mary Mann, and Catherine Yang.