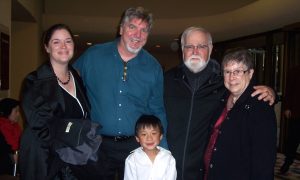 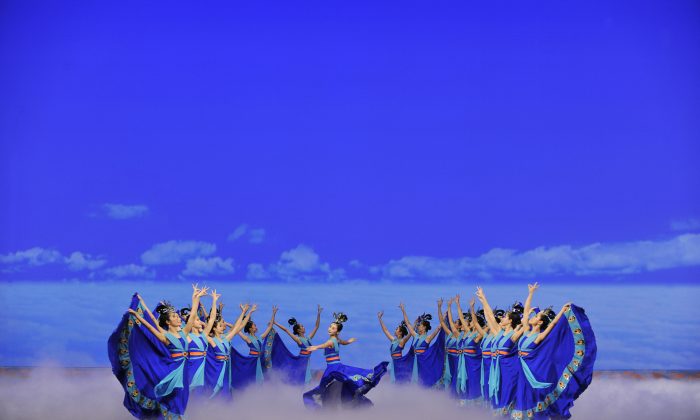 Ancient legends and traditional Chinese culture will come alive on stage at the David H. Koch Theater at Lincoln Center as Shen Yun Performing Arts returns to the city for its ninth season.

The New York-based Shen Yun showcases world-renowned classical Chinese dance and music. It was established in 2006 to revive 5,000 years of Chinese civilization through the performing arts, and audiences say the performance is unparalleled.

“What I loved about the show was the authenticity of it … from a spiritual level. It was so beautiful to see,” said Donna Karan, creator of DKNY, after seeing a past performance.

What was really impressive is the choreography.
— Julianna Conn, ballet dancer

“It is always exciting because every year it is a new production,” said Pia-Maria Norris, Shen Yun Promotions International spokeswoman. “We have patrons who come year after year and also bring new guests.”

Shen Yun’s dancers perform classical Chinese dance and ethnic and folk dances from the 50-plus ethnic minorities of China. It is a richly expressive form with a history of thousands of years, and built on the foundation of a divinely inspired culture, Shen Yun explains on its website.

“What was really impressive is the choreography—the choreography and the discipline of each dancer and how synchronized everything was, perfectly synchronized,” said Julianna Conn, a ballet dancer who had studied at the world-renowned Bolshoi Ballet Academy in Russia, after she saw the performance last season. “I know what it takes to really perform at this level.”

World-renowned Shen Yun has four touring companies that travel to over 100 cities, and more and more cities invite Shen Yun every year. It has performed nearly 2,000 times in top venues like Palais des Congrès de Paris and Kennedy Center in Washington to sold-out theaters and standing ovations.

Norris said everyone from children to the elderly, from all backgrounds and walks of life enjoy Shen Yun because of its exquisite beauty and universal themes.

“Whoever designed the program did a sensational job,” said Georgia Kaufman, a music teacher in Manhattan. “But I especially liked the ending because it was an ending that gave us hope, and we should always have hope in our hearts, that the world will be a better place.”

Shen Yun’s mini-drama pieces draw from stories and legends that span China’s history, from the Creator descending to set into motion 5,000 years of civilization to snapshots of the different dynasties. At the core of the art forms are the principles of benevolence and justice, wisdom and propriety, ideals that originated from Confucianism, Buddhism, and Taoism. According to Shen Yun’s website, these are the essence of traditional Chinese culture.

Valerie Diker, a philanthropist who has spent her career as the chair of arts organizations like the National Board of the Santa Fe Opera and Trustee for the American Ballet Theatre, said the opportunity to “see the old in its pure form is very inspiring.”

This year, over 70 officials at the federal, state, and local level welcomed Shen Yun back to Lincoln Center with letters of greetings and proclamations praising the company’s mission.

“Operating as an unparalleled dance and music company, the Shen Yun Performing Arts preserves the true spirit of Chinese culture, while also breathing new life into it,” stated U.S. Sen. Chuck Schumer (D-N.Y.) in a congratulations letter to Shen Yun.

“New Yorkers tend to wait until the last minute, and in Shen Yun’s case that is not a good idea,” she said.

“Last year people who really wanted to see the performance could not get tickets as they were sold out.”

The Epoch Times has proudly covered audience reactions since Shen Yun’s inception in 2006.