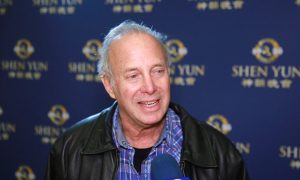 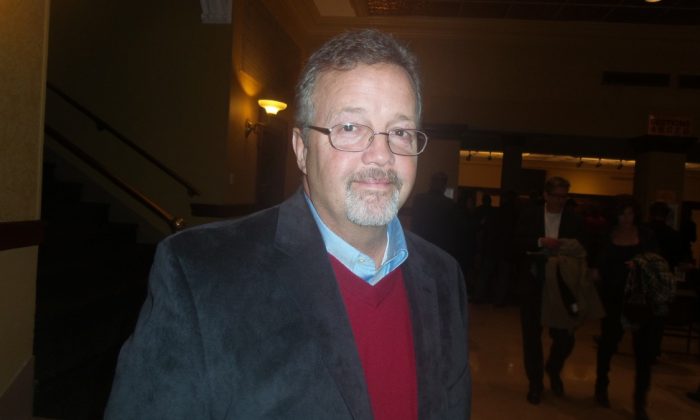 RALEIGH, N.C.–Jay Taylor, a computer engineer from Wake Forest, was “blown away” when he attended Shen Yun Performing Arts at the Duke Energy Center for the Performing Arts on Jan. 27, 2015.

Mr. Taylor is also a singer, and the music and songs touched a chord with him. The deep messages in the performance numbers resonated with him as well.

“The baritone was phenomenal. I sing, so that blew me away as well, but the piece in the middle about compassion and tolerance, it touched me,” he said.

Mr. Taylor was referring to the piece “The Power of Compassion” that portrays the current persecution of Falun Dafa practitioners in China.

He said that persecution in general touched a nerve with him, and seeing how Falun Dafa practitioners displayed compassion in the face of persecution moved him.

“I hadn’t seen that representation of it. It’s amazing. I was moved,” he said.

“You’ll be amazed and blown away and never disappointed,” Mr. Taylor said about Shen Yun.

Roger Carol, retired, was formally in the U.S. Air Force and a banker. Raleigh’s performance was his third time seeing Shen Yun.

“This is my third time in the last few years. I saw it once here, once in Sarasota, Florida, and one back here again,” he said.

“I really enjoy it. World class.”

Based in New York, Shen Yun travels the globe each year with completely new programming.

Mr. Carol said the entire performance stood out for him.

Mr. Carol said that after watching the performance, there is one word that describes traditional Chinese culture: beauty.

“It’s a must see. Must see,” he said about Shen Yun’s performance.