Shen Yun Reminds Lawyer of the ‘Importance of Tradition’ 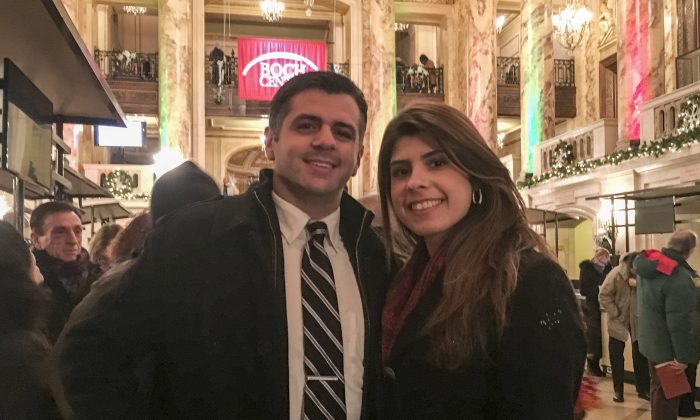 “It’s our second time seeing it.”

“I think the thing that always surprises me is that they’re able to give so much. So much of the performance is traditional dancing. They worked in a lot of the different ethnic dances, which I thought was very nice, but they also worked in a number of modern pieces where they talked about a lot of the contemporary problems we have.”

“They [China] have such a long, deep culture. Sometimes it’s tough for Americans to fathom, but when we hear the spiritual message that dates back so far and how much it’s impacted so many people for such a long time, and in a lot of ways, modern China has forgot it.”

“I think for me, it’s most of the importance of tradition and making sure not to forget where you come from, and that even with the modern age of electronics and plenty of other entertainment and distraction, we have to focus on the values that got us through all of that time, and spirituality is a huge part of that, and we can’t forget that.”

“I think that the message of Falun Dafa is communicated more and more clearly to American audiences—I’d only heard a little bit about it before I came to the first one a couple years ago here, but now I think bringing in the dancing and the music, it really tells a powerful tale that I think American audiences are becoming more and more aware of, which is really great.”