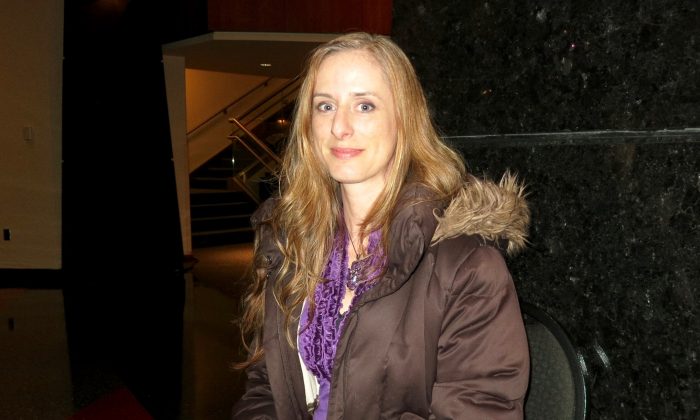 CHARLESTON, W. Va.—Rachel Davis, a small business owner, is a seeker. New experiences, sights, and sounds are what appeal to her, and Shen Yun Performing Arts had been everything and more when she saw it Tuesday night at the Clay Center for the Arts & Sciences of West Virginia.

“I’m a little bit of a sensation seeker and it fulfilled every sensation that I had. All of my senses,” she said.

The New York-based performing company aims to revive traditional Chinese culture, and does it through music and dance. The artists perform classical Chinese dance, a form thousands of years old, accentuated with aerial and tumbling techniques like high leaps and backward flips, and is expressive enough to portray characters in stories from any era.

All of this is adorned with original costume pieces—400 new ones every year—that help depict the specific dynasties and regions across China’s history and geography. In one piece female dancers maintain the grace and nobility of Manchurian princesses of the Qing Dynasty, known for their balancing on elevated “flower pot” shoes that were in fashion. Later in the performance they appear as fairies of the moon, complete with entirely different headdresses and accessories.

Then, there is the digital backdrop that provides the scenery (as well as allowing performers to move from stage to screen in stories), and an orchestra blending East and West sets the tone.

Yet not one of the elements overpowered the others, making Ms. Davis ask herself how this could be possible. “It was just beautiful, it was moving,” she said. “It was very moving, absolutely moving.”

She learned about the history, as well as the little publicized issue of human rights abuses and persecution of faiths in modern day China under the communist regime. The reason Shen Yun aims to revive the traditional culture, after all, is because it was nearly destroyed and still oppressed today under the regime.

The result is a beautifully moving experience that really has to be seen first hand, Ms. Davis explained. “It touches you through and through.”

Ms. Davis said she felt “flying high” from seeing it all.

“It was sensational all the way around,” she said.