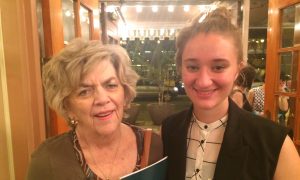 MEXICO CITY—New York-based Shen Yun Performing Arts, a classical Chinese dance company, arrived here on the evening of May 6 to begin touring its new performance titled “Journey to the West.”

Adapted from popular chapters of the Chinese classic of the same name, it is Shen Yun’s first stage drama based around one story.

Mexico City is the first leg of Shen Yun Performing Arts’ tour for “Journey to the West.” There will be 13 shows, including 12 public performances and an enterprise-sponsored show, followed by performances in Colombia, Ecuador, and Argentina. A total of 27 shows will be presented at five cities in four Latin American countries.

“Journey to the West,” a Ming-dynasty novel by Wu Cheng’en, is one of the Four Great Classical Novels of Chinese literature. It follows the epic journey of a monk traveling to India on a mission to retrieve the Buddhist scriptures. Along the way, he is accompanied by three guardians, including the powerful Sun Wukong, or Monkey King, who protect him from numerous demons bent on eating his holy flesh to gain immortality.

A staple of Chinese culture, scenes from the novel have long featured in Shen Yun’s previous performances. According to the official website, Shen Yun Performing Arts, which began touring worldwide in 2007, seeks to revive the essence of traditional culture as it existed before 1949, or the year the Communist Party took over mainland China.

When interviewed by the Epoch Times upon arrival at the Mexico International Airport, Shen Yun Performing Arts manager Huang Anqi said, “We are especially delighted to have Mexico City as the first leg of the Shen Yun Performing Arts tour. We perform ‘Journey to the West’ by means of classical Chinese dance, through which the audience can see some wonderful episodes from this great epic. We believe the audience can gain some more insight into Chinese culture this way.”

“This is my second visit to Mexico,” Li Baoyuan, Shen Yun principal dancer who plays the role of the Monkey King, said in an interview with Epoch Times. “I feel very excited. In traditional Chinese culture, there are many legends rich in spiritual connotations.”

Another principal dancer, Alison Chen, said, “This is Shen Yun Performing Arts’ debut stage drama in Mexico. I am told that the audience here is very passionate. We want to show them our best performance. As the drama on ‘Journey to the West’ is based on legends of a divinely inspired culture, it is very appealing.”

“Journey to the West” will be performed at the Centro Cultural (antes Telmex). Situated in the famous business center, the theater, with over 2,000 seats, is a common venue for touring Broadway shows.

With translation by Billy Shyu