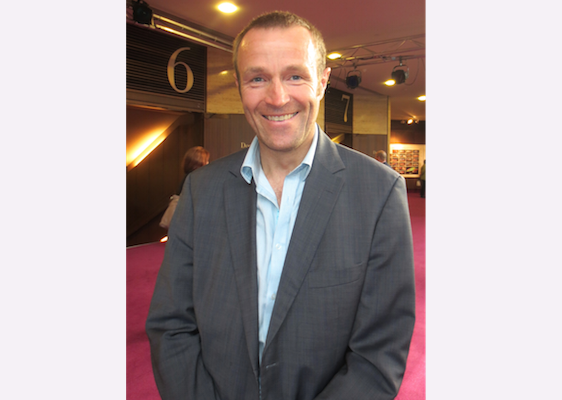 ADELAIDE, Australia—“It’s been fantastic … I’ve enjoyed every second of it,” was the response from John Marshall during the intermission of Shen Yun’s final performance in the Adelaide Festival Theatre on Easter Monday.

Mr. Marshal, general manager of marketing at a local bank, attended with his wife and parents, who were visiting from England.

“I’ve really, really enjoyed it … the dances are visually really impressive. I think the backdrop and the video is really unique and it adds to the story lines and I think having short little vignettes and stories that you can watch and understand is a really good way to keep you entertained, I’ve had a great afternoon so far.”

Mr. Marshall said he got a sense of goodness prevailing over evil coming through the stories and he found the dancers’ portrayal of modern day stories of suppression in China thought-provoking.

“I thought very brave, but also really clever to put the contemporary dance in about the lotus, the strength of the lotus and that got a real sense of how the suppression actually exists in China today and how sad it is [in reference to the dance piece The Steadfast Lotus, which tells a story about China’s persecution of people who practice the spiritual discipline Falun Dafa.

You see all this wonderful dancing and then all the spiritually that comes with that and then that one made you stop and think and go ‘how come that’s not being embraced’ and it is so beautiful. Quite sad really.”

“The dancing is what grabs your attention and I think the colours and the vibrancy—and they are very, very good dancers.”

Shen Yun continues its Australia tour in the Gold Coast, Queensland, with performances from April 24-27.