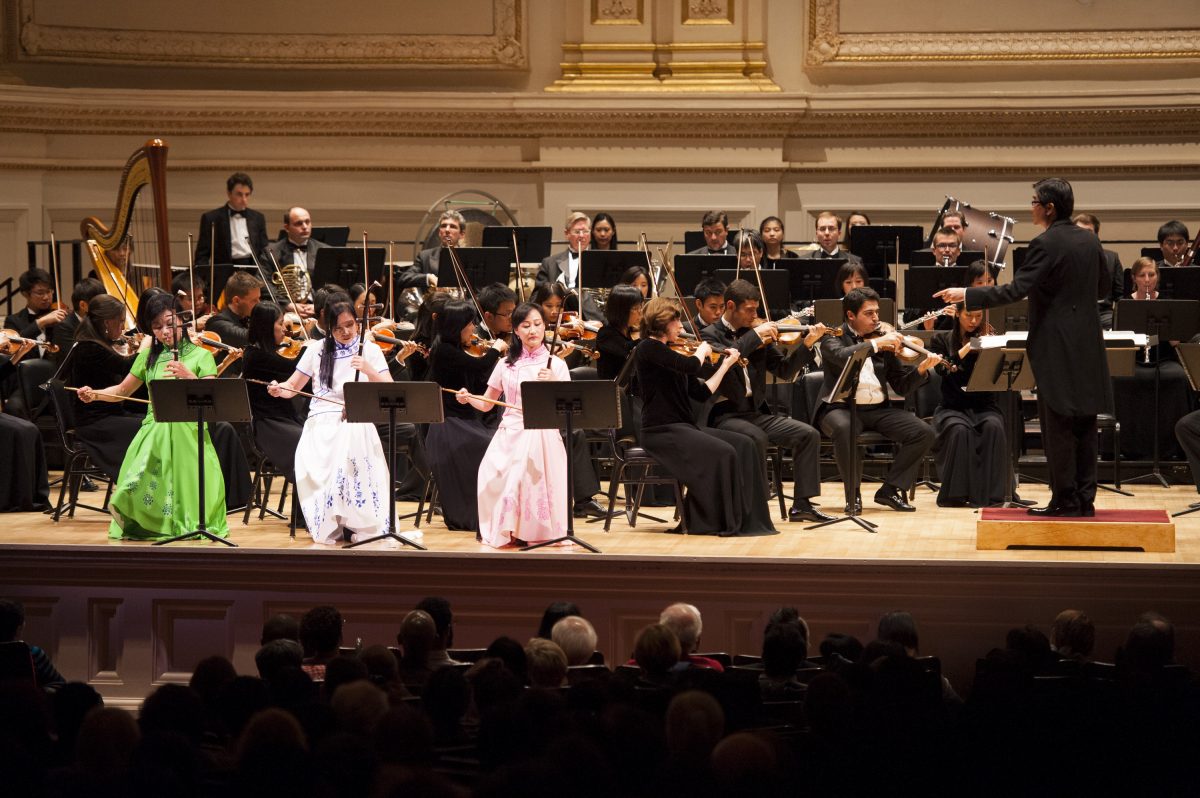 Shen Yun Orchestra and the Power of Music to Heal

As soprano Elisa Brown listened to the ancient two-stringed erhu during a performance of Shen Yun Performing Arts several years ago, she was so moved that her entire body was trembling, “but in a very loving way,” she said. “It was so beautiful, it was healing.”

There’s an old Chinese belief that music has the power to heal, and that virtuous, elegant music can harmonize a person’s soul. The Chinese character for medicine actually came from the character for music, and one of the earliest purposes of music was to heal.

It was discovered during the reign of the Great Yellow Emperor, the legendary ruler and ancestor of the Chinese people, that the pentatonic scale corresponded to the five traditional Chinese elements of wood, fire, earth, metal, and water, and that these could also affect the body’s five major organs.

Later, around the time of Confucius, music was used to calm people and to improve their conduct and, hopefully, their character. For example, melodies based on the tone of “kung” were related to the element of earth, and listening to these melodies could increase metabolism in the spleen and consequently heal ailments there. This could, in turn, affect a person’s character, helping the person to be more tolerant and kind.

Today, scientific research is substantiating the claim that good music benefits us. A new study in Heart, a publication by the British Medical Journal, confirmed that “listening to fast music increases blood pressure, whereas listening to slower music has the opposite effect.”

Studies have shown that the right kind of music can reduce the side effects of cancer therapy, reduce the need for painkillers after surgery, improve quality of life for dementia patients, and help people recovering from stroke to regain their speech.

The healing and balancing power of music is alive and well today in the classical works of Shen Yun Performing Arts, which reaches back to the melodies of ancient China for inspiration.

In 2006, like-minded artists joined together to create Shen Yun Performing Arts, a classical Chinese dance company with the aim of reviving and sharing the nearly lost traditions and the virtues of ancient Chinese culture. From its beginning, Shen Yun has grown to include five touring companies that travel to more than 150 theaters across the world.

In the regular Shen Yun season, the orchestra at every show acts as the accompaniment to the classical Chinese dance performances. But in 2012, Shen Yun also debuted its dedicated symphony orchestra, which brings together musicians from its five touring companies. Including both classical European works as well as original compositions, every orchestra performance allows concertgoers the unique chance to immerse themselves completely in the music of Shen Yun, alongside timeless favorites.

The Shen Yun Symphony Orchestra is unique in that it successfully combines instruments from the East and the West. Chinese instruments, placed in the center of the orchestra, lead many of the melodies as the surrounding Western instruments enrich and amplify the sound.

A concert features not only masterpieces from the European classical heritage, with composers such as Tchaikovsky and Dvorak, but also compositions made specifically for Shen Yun’s performances each year, with melodies inspired by ancient Chinese folk and ethnic tunes. Many of these have, for centuries, conveyed the healing properties of music.

According to Shen Yun’s website, “The ensemble at once expresses both the grandeur of a Western orchestra and the distinct sensibilities of China’s 5,000-year-old civilization.”

Shen Yun Symphony Orchestra is stopping at 14 theaters in Asia before beginning a North America tour culminating in Washington. It will appear in New York on Oct. 14 and 15.