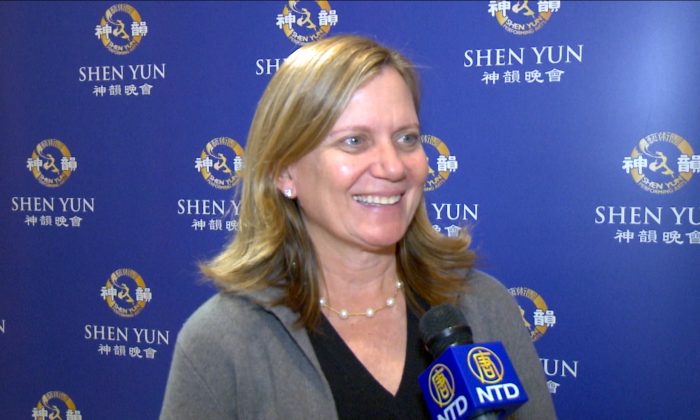 “It’s fantastic, I loved it. The talent, the costumes and the whole scenery and everything is really amazing,” said Ms. Khosla after watching the performance.

Shen Yun was established in 2006 in New York with the mission to revive 5,000 years of divinely inspired Chinese culture. The company has since become a global phenomena and performed for millions of people around the world.

The performance features award-winning classical Chinese dancers, singers who perform all original pieces, and a full orchestra that is unmatched in the world in its ability to blend the Eastern and Western musical traditions.

“The music is beautiful. It’s nice to have the combination of the Chinese and the Western instruments,” said Ms. Khosla.

Ms. Khosla said that she was particularly struck by the piece Mongolian Chopsticks. In the dance, dancers “use chopsticks to create a crisp, staccato beat that quickens the blood and stirs the heart,” according to the Shen Yun program book.

“The unison, it’s amazing. It’s one of the best shows I’ve ever seen,” said Ms. Khosla.