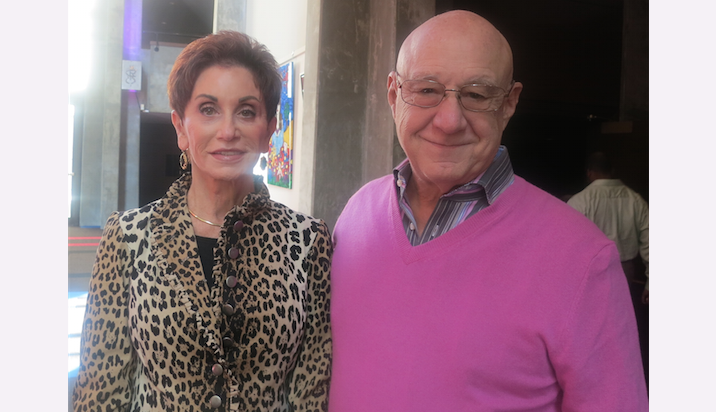 Mr. Caplin and his wife, Bonnie, came to Shen Yun’s matinee for the company’s final stop in its Midwest tour for the 2014 season.

In Shen Yun’s mission to revive traditional Chinese culture, the classical Chinese dance and music company has toured the world for eight seasons, delivering theatergoers a unique cultural experience, as well as a visual and auditory treat.

Mr. Caplin is an attorney and president of Stephen B. Caplin Professional Corporation. He has studied Chinese culture since high school.

“It’s a part of a culture I haven’t seen. …I have been to the Far East, but I have never been to China, so this was really nice. This gives me a different view,” he pointed out.

Chinese classical dance is at the heart of a Shen Yun performance. A complete program features 20 or so mini-dramas that bring to life scenes from China’s rich, 5,000 year history, as well as it’s literature and mythology. Each dance is complemented by a full orchestra, and HD digital backdrops.

“Joy and happiness” were some of the values that showed through the dances for Mrs. Caplin. “Very nice, the dances are wonderful,” she said adding that “the costumes are fantastic; the girls are gorgeous. The boys are all skinny.”

“What I noticed is that in American culture or in Western culture, the dances, they have a leader, you always find a principle. Not here, that’s what is most important,” Mr. Caplin explained. “There is no star, there is just the group, and that is very interesting to me.”

“Everybody is a star, Mrs. Caplin added.

With reporting by Stacey Tang and Andrew Darin