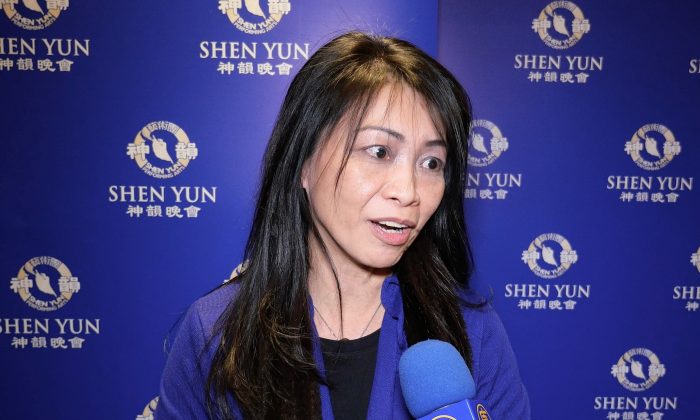 BOSTON—VietAID executive director Hue Pham holds compassion and culture as some of her core values. They were values she had seen in Shen Yun Performing Arts previously, in Minnesota, and ones presented so beautifully she decided she had to see it again this year at the Boston Opera House on Jan. 22.

“[It’s] not just the performance is so wonderful, but it’s thoughtful,” Ms. Pham said. “It’s so meaningful, and it also shows us all the beautiful culture and stories.”

For Ms. Pham, it was meaningful that New York-based Shen Yun was keeping the 5,000 years of traditional Chinese culture alive, allowing it to be passed on to future generations. It was a culture nearly lost under communist rule in China.

“I’m so glad that the artists are able to show that and convey that, and show us that, yes, it is alive,” Ms. Pham said.

It is a culture of thousands of years, she said, and because of Shen Yun, it could live for thousands of years more. The story of the culture is so close to humanity that people of all ages, little girls and boys, could and would learn from it, and have it “grow generation after generation.”

“It’s a rich culture and the message … it sends, the message that … life is beautiful and have faith,” Ms. Pham said.

“It brings everyone together, and it shows the love and the compassion, and if we believe in the right things, [then] … the world can live in peace and harmony,” Ms. Pham said.