Shen Yun Makes Actor Feel Like ‘Being a Better Person’ 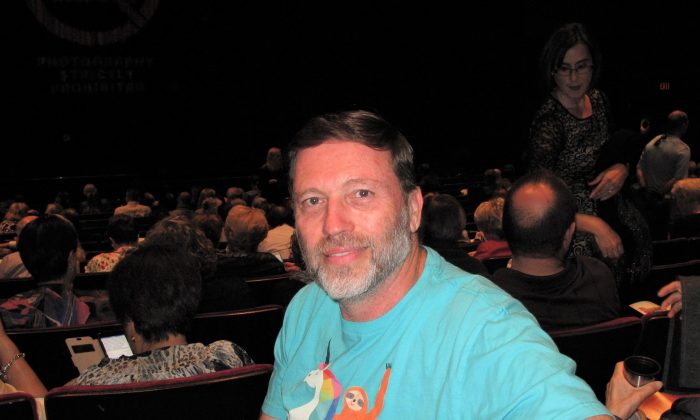 Oded Kassirer, an actor, enjoyed the Shen Yun matinee performance at Segerstrom Center for the Arts in Costa Mesa, Calif., on April 5, 2018. Mr Kassirer has worked on motion-capture movies such as "Polar Express" and "Beowulf" and appeared on Jimmy Kimmel Live. (Yaning Liu/The Epoch Times)

“I liked it very much. It’s really cool.”

“You see so many colors and sounds and the dancing. It makes you feel better. I know after a show like this, I always feel like creating something, doing something, being a better person.”

“The backdrop is really cool. It’s making it more interesting and more surprising, when they want to do stuff like flying. … It was nice.”

“I used to be an animator, so I like the idea of doing the animation and the screen [backdrop]. That’s really cool. But I love dance. I just love the art of dance.”

“The music is beautiful. The singing is beautiful. My mom is visiting from Israel, and I decided to bring her. She really likes it.”

“The music is kind of a combination. Some of it sounds more Chinese, and some a bit more western. It’s a nice combination. The dancers are very professional. They probably work very hard to get to what they’re doing, and it’s interesting. It’s like storytelling, but also visually very entertaining. It’s pretty cool. I didn’t know that they can’t do this right now in China. That surprised me. That elevates it to a level of political importance too, because it’s sad.”

“The whole idea of suppressing people, especially with spirituality, is wrong, of course. People should be able to [be free]. Spirituality is all about being kind and seeing yourself in others. This is the stuff that makes life worth living.”