Shen Yun ‘Made My Heart Sing’ 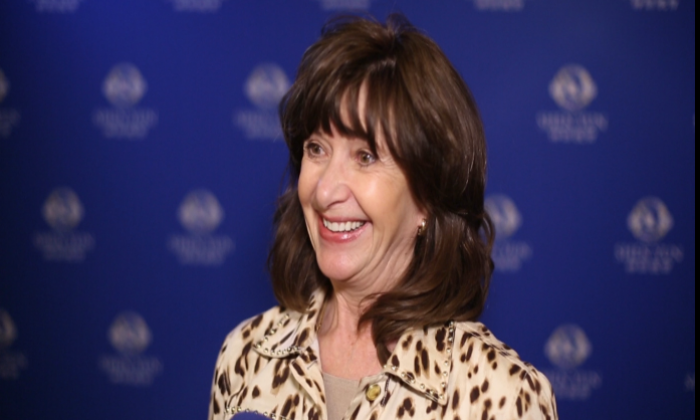 LAS VEGAS—When Marleen Hamre heard that Shen Yun Performing Arts was coming to town again, she made sure she saw it a second time.

“I was so anxious to see it again,” Ms. Hamre said. “I will come every year that it is performing.”

Shen Yun, which produces a brand new show every year, is a classical Chinese dance group that is reviving traditional Chinese culture.

The dances are accompanied by a live orchestra that is a zesty mix of Eastern and Western instruments.

“I have never heard a soprano sing as beautifully as the one did today,” Ms. Hamre said.

Ms. Hamre said she was especially moved by the purpose behind the art.

Shen Yun is not able to perform in China today, where traditional culture was nearly destroyed after the Cultural Revolution, which lasted from 1966 to 1976.

“I’m glad that there is a school where these people can keep the culture alive,” she said. “It should be seen by everybody and especially by young people.”

To Ms. Hamre, a particularly poignant aspect of traditional Chinese culture is how ancient Chinese people believed their culture was divinely inspired.

“They know and feel that we do come from heaven,” she said. “The culture was fascinating. The message touched my heart. It made my heart sing.”

“The performance was so refreshing and so colorful … uplifting and awesome,” she said. “I would recommend this—this is better than any show on the [Las Vegas] Strip. I’m sorry, but it is. And I’ve been here for many years.”

Reporting by NTD and Amelia Pang