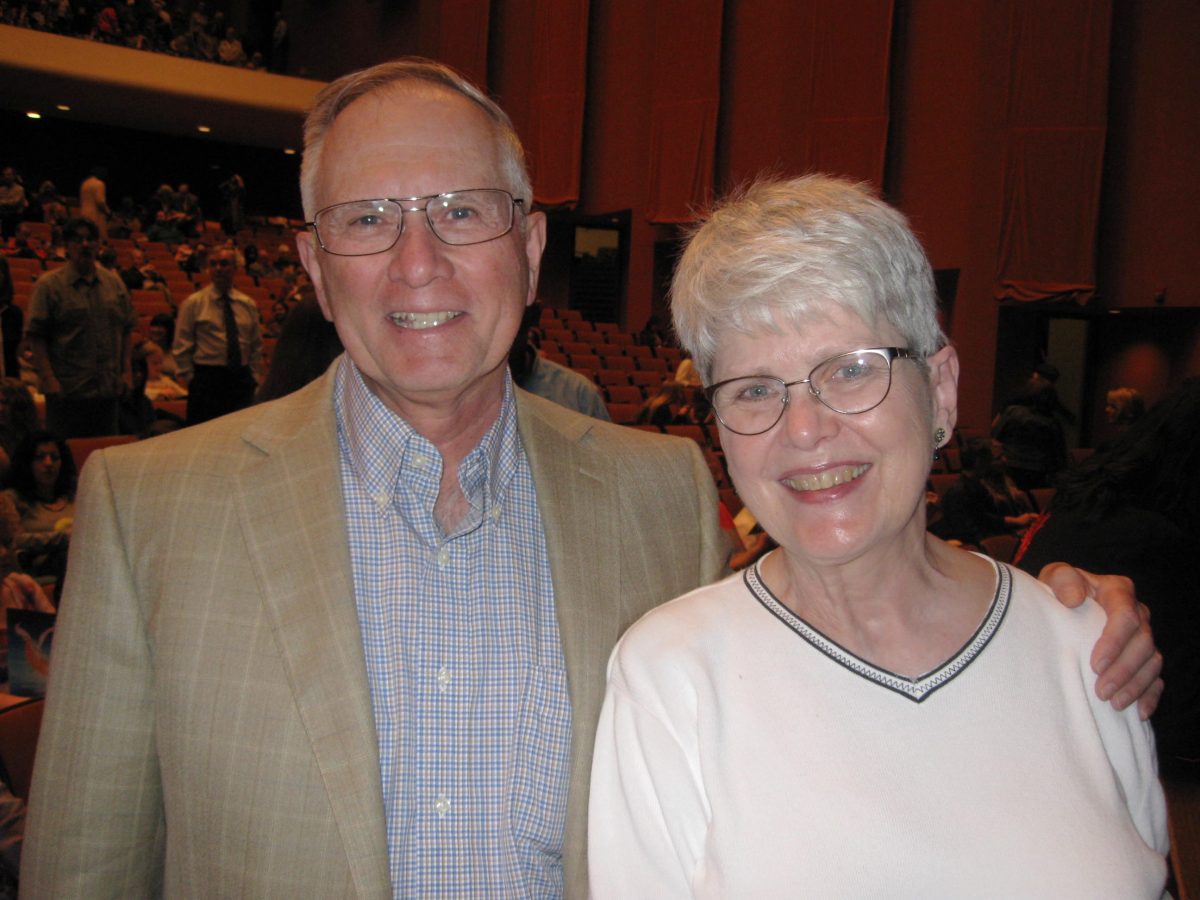 NORMAL, Ill.—“I would recommend it highly to anybody that would like to be culturally enhanced,” said Chuck Schuette about Shen Yun Performing Arts Tour Company. “It’s very very good.”

As a 46th year wedding anniversary gift, Mr. Schuette brought his wife, Chris, to see the performance at Braden Auditorium at the University of Illinois on April 13. They both thoroughly enjoyed the performance.

Shen Yun’s 2013 world tour included performing in some 350 cities in 106 countries. It is the first time they have performed in Normal, Ill.

Shen Yun aims to be entertaining and educational. “I have learned a lot about China that never knew before,” he said.

The Schuettes had front row seats offering a great view of the dancers’ movements. “It looks like they are floating across the floor, very interesting,” Ms. Schuette said.

“The costumes are beautiful,” she said. “Just ancient Chinese history, you know, the things that you … used to be able to see but you can’t see anymore.”

According to the company’s website, “Shen Yun draws top artists from around the world. With a passion for the classical arts, they join Shen Yun in its mission to revive a culture that was once almost lost.”

Ms. Schuette felt Shen Yun’s mission is important for not only Chinese descendants to know their history but also to keep their cultural religious traditions alive. She further explained, “So, that would be lost if somebody didn’t carry it through like the Shen Yun” company.

The couple would absolutely recommend Shen Yun to others.

Shen Yun made her feel “warm and fuzzy.”