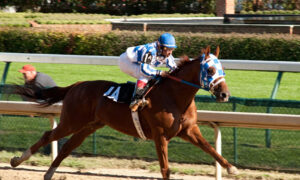 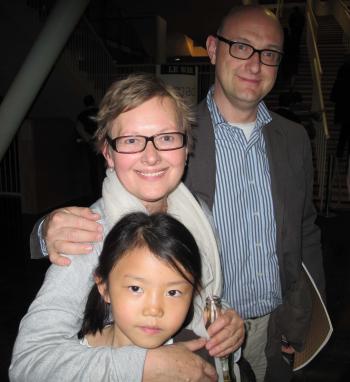 Mr. and Mrs. Kubbens and their daughter Elisabeth at Aula Magna (The Epoch Times)
Arts & Culture

He came to see the show with his wife, Cécile, also a judge, and their daughter Elisabeth, who is of Chinese ethnicity.

"It's wonderful, beautiful colors, choreography, and it's very, very nice," he continued.

Mr. Kubbens said he particularly enjoyed the first dance where the curtain opens to a scene in a celestial kingdom.

"It was very nice; and also the scene with the mother and the daughter, and the way they were repressed, the repression forced upon them, it's very interesting," he said, referring to the piece Nothing Can Block the Divine Path where a mother and daughter are persecuted in present day China for practicing Falun Gong.

"I think also the way to present the beliefs and the divine beings … is very nice," he said.

Mrs. Kubbens also marvelled at the show and praised it for its beauty and rich content.

"It's beautiful all around, and it's emotional, beautiful, and [incorporates] beautiful colors," said the judge.

The unique music played by the Shen Yun Touring Company Orchestra accompanying the dances was something to marvel at as well, she said.

"The music is different and the dances are different. It's a different atmosphere than Western music," she said, adding that the costumes are beautiful.

She said Shen Yun also shows the different traditions of China and also includes performances from different parts of the country, all of which are important for people to know.

'The technical level is impressive'

Also coming to see the show was Myriam Tamagni Dricot, a member of the Women's International Club.

"It's an absolutely impressive work. I find it admirable," Ms. Tamagni Dricot said.

"I think that the dancers are remarkable in their movement, in their expression, in their conviction."

Being a visual person, she said the colors particularly stood out for her, and the music was also "very pleasant to the ear."

"And the technical level is impressive," she said.

Ms. Tamagni Dricot said she was deeply charmed by Shen Yun and was "very astonished by the fantastic appearance of these scenes, the excellence of the dancers and the singers."

"A good show, I will tell my friends about it for sure. I took the program book which I will give to them."

With reporting by Sound of Hope Radio Network.

Shen Yun Performing Arts Touring Company will perform in Louvain-La Neuve, Belgium, from April 30 to May 11.