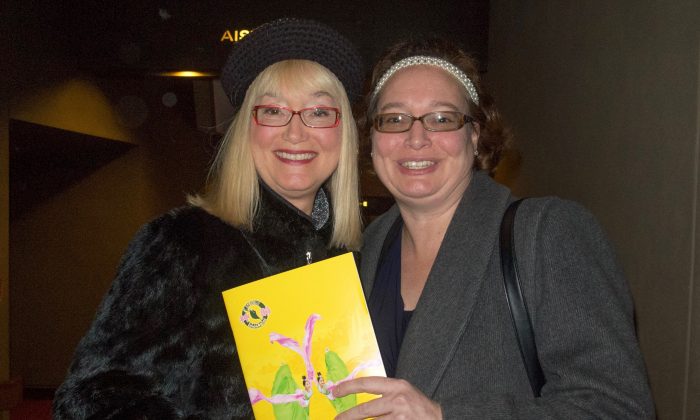 SACRAMENTO, Calif.—”It was beautiful, wonderful … perfection. They were exceptional dancers. I’ve never seen any performance quite like that before in my life,” Patty Quisenberry said after seeing Shen Yun Performing Arts at the Sacramento Community Center Theater on January 13. It’s the same theater where she danced in ballets, like “Sleeping Beauty” and “Midsummer’s Night Dream,” mostly in the corps de ballet of the Sacramento Ballet for nine years straight until she was 18.

With its mission of reviving 5000 years of Chinese culture through classical Chinese dance and music, Shen Yun’s exquisite artistry and top-notch technique has impressed audiences around the world. Ms. Quisenberry, now a state government employee, and her mother, Karen Schauer, a former department of managed healthcare employee, were no exception.

Ms. Quisenberry said she was just in awe of Shen Yun. From the first moment the curtain opened she felt that time stood still and she was overtaken by and amazing feeling, by the beauty, the costumes, the colors, and the precision.

“When you watch them, their lines were good, clean, they were on time. Everything was symmetrical. People don’t realize when you are on stage how hard it is to perform and make everything look uniform. That’s very, very difficult. I just have to say that I’m just in awe!” Ms. Quisenberry said.

During the performance, the emcee explained that translated from the Chinese, Shen Yun means “the beauty of divine beings dancing.”

Ms. Quisenberry said she took that literally, saying “It’s  magical, spiritual and divine … Everything culminates into something beyond this world … it’s not from this world, it’s from another world,” she said.

Ms. Schauer would like to see Shen Yun again and again. “I love it, it was fabulous, I wish there were more performances,” she said.

“From a scale of one to ten I would say it’s a ten. I could watch this everyday, and still I would learn something new each time,” Ms. Quisenberry said.