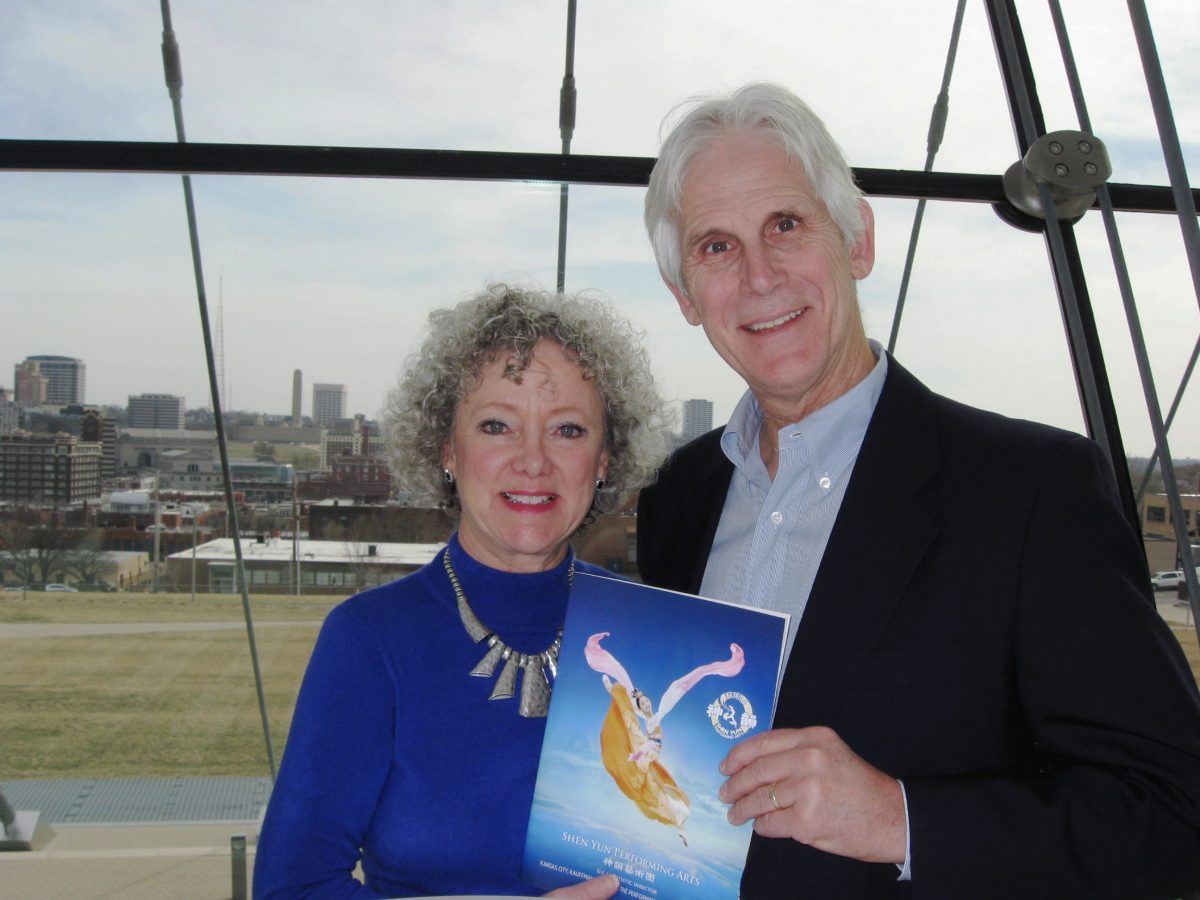 KANSAS CITY, Mo.—“The Chinese people are beautiful and happy, and the spirit of their culture, I think, shines through in the show. That’s the part I love, and you can see where the Communist Party can’t take that away,” Yvonne Berard said after seeing Shen Yun Performing Arts.

She attended the Muriel Kauffman Theatre, on March 30, with her husband, Jim, an engineer who constructs buildings for data storage.

One of the dances, The Steadfast Lotus, depicts the persecution of Falun Dafa practitioners in today’s China. This dance resonated with Ms. Berard, who saw it as portraying the Communist Party’s attempt to take down the spirit of the people.

China’s traditional culture is deeply spiritual, and the Shen Yun performers are not only showing Chinese culture on the stage, but living it, as well. “Today, Shen Yun’s artists—dancers, musicians, choreographers, composers, and the entire team—follow this noble tradition,” the Shen Yun website states.

“For them, this spiritual connection is motivation for striving to excel, is the heart behind each movement of the dancer and each note of the musician. It is why audiences can feel there is something different about Shen Yun.”

“I think all cultures need to bring back spirituality,” Ms. Berard said. “More power to them. Bring it back!” she said of Shen Yun’s efforts.

Mr. Berard said that Shen Yun “reflects literally the millennia of history and culture that the Chinese have brought to the world, and so it is fascinating to see the breadth of their culture.”

“I think spirituality [is] certainly a large piece of that, and it comes through in different pieces. They range from being vivacious and energetic to very thoughtful and a slower pace, so it comes out through the dance,” he said.

Both loved the Shen Yun Orchestra. “Oh, I love it,” Ms. Berard said. “It’s just happy and cheerful, and it tells a story. And the dance with the music—the timing is just awesome,” she said.

Both the Berards heartily endorsed the performance. “Oh, you bet,” Ms. Berard said. “It’s a must-see at least once in your lifetime!”

“I already brought my brother and sister-in-law tickets last night because we couldn’t attend last night. So I gave them away, and we came today,” Mr. Berard said, adding that his family members had told him how good the performance was.