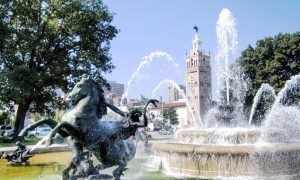 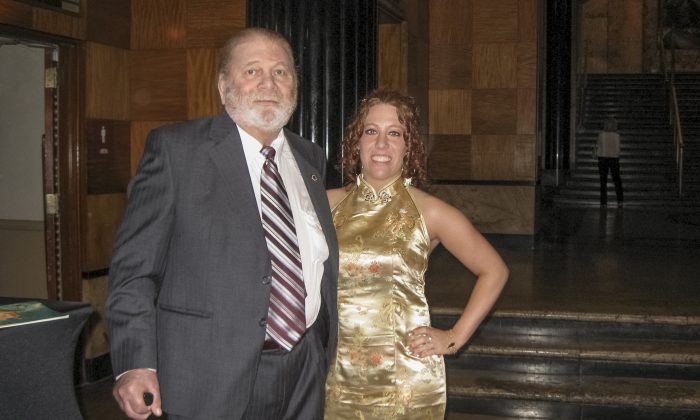 KANSAS CITY, Mo.—”It was stunning, a brilliant, brilliant event. I would recommend it to everybody,” said George Contreras after witnessing 5,000 years of ancient Chinese culture by Shen Yun International Company at Music Hall on May 5. He attended the premier classical Chinese dance and music performance with his daughter, Bianca Contreras.

“I even told my daughter that when they walked off you could hear the footsteps-all in time. The timing was explicit, a stunning performance,” he said.

Both father and daughter were clearly enjoying the evening out together and seemed to radiate warmth when they spoke of their experiences with Shen Yun.

“It was beautiful. It was amazing. It was breathtaking. I don’t really even have words for it,” said Ms. Contreras, a manager at Jersey Mike’s.

“The orchestra, the music, the live music is what set it off,” she explained. “It’s different. It’s a different culture. So they brought it to us, shared it with us, and it was beautiful. I enjoyed it.”

“It was very relaxing. It was just stunning. What else can I say?” said her father.

“I was surprised. I’m not going to say shocked, but surprised to hear that they don’t allow those performances in China, itself,” Mr. Contreras said.

“I’m in America. We are free to practice our religion and our rights and speech. When I heard that, we just have a long ways to go before we all come together.”

“It was sad for me to hear that they won’t allow it in their own country. It is a beautiful performance, and the meaning of it is for real. It’s for real. It is a meaning that fits all of us all over the world, and it should be like that,” he said.

Ms. Contreras “recommends Shen Yun to everybody at least once a year, just to see what it is like.”

“As I just said, I would advertise [recommend Shen Yun],” said Mr. Contreras. “I don’t think I am saying anything out of the ordinary. There were a lot of sighs as well as mine. And, I said “Wow, why would they prohibit something as beautiful as what we saw tonight. I mean, it’s the world.”