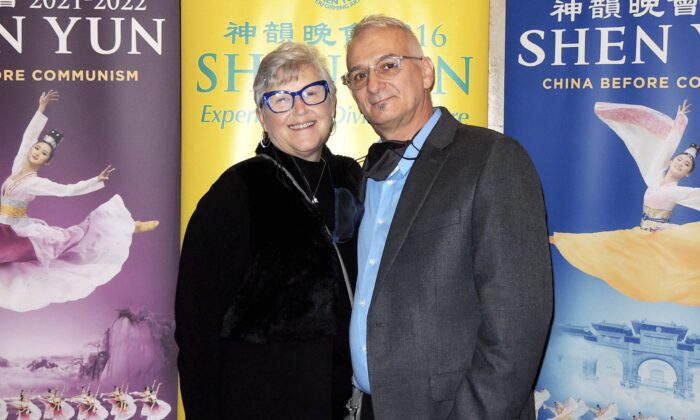 PORTLAND, Ore.—It takes an experienced eye to see beyond the magic of Shen Yun Performing Arts. Peter Feher is an engineer at the Oregon Convention Center and has worked in the music industry for 30 years. He also worked in lighting for other live productions.

“It’s different. This is a theater show so it’s different, but I could see everything perfectly and I was paying attention to the lighting because I wanted to see when people moved if there were any shadows and no, the lighting, whoever did the lighting tonight was outstanding. I have nothing bad to say about this show,” Mr. Feher said.

New York-based Shen Yun‘s orchestra is a unique ensemble that uses a classical Western orchestra as the foundation while highlighting traditional Chinese instruments like the pipa and erhu.

“I’ve worked in the music industry for 30 years so, for me, the orchestra was amazing,” said Mr. Feher.

Shen Yun is dedicated to sharing the beauty of 5000 years of Chinese culture with the world. The performance is focused on showcasing China before communism and unfortunately, Shen Yun is not able to perform in China.

“It made me want to go to China to see it. But I assume it’s probably much different. It’s much different there. It makes me feel for the Chinese people that they’re not allowed to enjoy the level of freedom that we have,” Mr. Feher said.

Mr. Feher’s wife, Denise Martin, is an account and she shared what she gained from seeing Shen Yun.

“It made me feel alive. It made me remember when I was on the dance team in high school. It doesn’t even compare to this but I still saw a lot that resembled what I had done,” she said.

Message of Hope in Shen Yun

Derek and Jaymie Sanfilippo-Sherrard were also in the audience this evening.

Ms. Sanfilippo-Sherrard shared that she particularly loved the message of hope in Shen Yun.

“There’s so much to the world, especially ancient Chinese culture, the traditional Chinese culture that we don’t know about. I can see that as the hopefulness in them of looking at that and thinking there’s a whole other side of the world that we don’t understand. And that is where the hope comes from,” she said.

She added that the performance helped, “widen my impression, and my understanding of the universe itself, of the Divine and Earth itself.”

Shen Yun‘s singers are trained in the traditional bel canto style of voice. The digital backdrop allows audiences from all over the world to understand what is being sung.

“I like the baritone’s singing—it was an interesting message about how they feel that they’re losing a lot of their cultures to the modern world. They’re losing their gods or their relation to the gods,” Mr. Sanfilippo-Sherrard said.