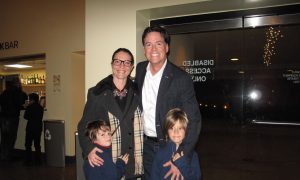 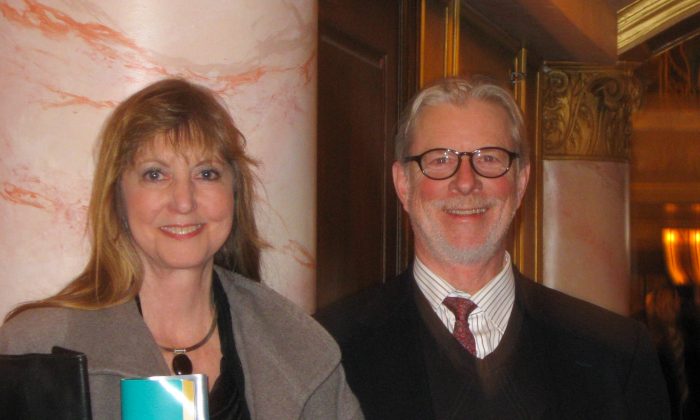 DETROIT—”I liked (how) the whole theme was to turn away the bad and toward the good,” said Jeff Stewart on Feb. 6, after seeing Shen Yun Performing Arts International Company at the Detroit Opera House.

Based in New York, Shen Yun has four companies that tour the globe simultaneously with a mission to restore traditional Chinese culture. This culture has been lost through several decades of suppression by the communist regime.

This being the case, many spiritual traditions and beliefs which were once integral to the divinely-inspired culture of ancient China are now, in some cases, persecuted.

Mr. Stewart mentioned how one aspect of the performance that had the biggest impact on him was during one of the solo vocal numbers. In it the lyrics talk about how wealth and status shouldn’t be one’s main objective. “I liked that,” he said.

He particularly enjoyed the medium of exchange between the dancers on stage and their interaction with the digital backdrops. For the viewer there was a smooth transition between reality and fantasy.

Mrs. Stewart would say it’s not merely a form of entertainment that’s stunning in both a visual and auditory way, but at the same time there’s a reaching out. “I leave feeling, sad for the Chinese people to be under that much repression. I am very glad that I am here in America,” she concluded.

“I wouldn’t have thought that the dance was considered a spiritual expression that was not allowed by the government,” commented Mr. Jim Shay. “It’s a terribly repressive government.”

For Mr. Shay, he felt that it was interesting when, during one segment of the program, dancers in black outfits represented oppressive officers of the communist regime. “The young man and the young lady were tolerant … so I think the hope was that good will overcome the evil and the oppression will finally be lifted. Everything changes, nothing in history is static, dynasties come and go,” he said.

Steve Gustafson and Shari Morningstar, both dentists, accompanied each other to the Feb. 5 performance.

Steve Gustafson enjoyed the dancing and thought it was very interesting. He said, “I liked the way it told me the history of China through the different decades and different dynasties. And it gave me an interesting perspective on the culture of China.”

He had expected the Shen Yun performance to be mostly dancing, but he was surprised by some of the other complementary aspects of it. “I also liked the way that they involved the singing and the instrument playing and the piano. I thought that was a great part of the show too. It all integrated very well.”

Ms. Morningstar commented on the artistic effects, too. She loved the way the costumes integrated with the music. “Each costume was very specific for the song,” she explained. “I particularly liked the long sleeves and rolling them back in.”

She also felt that the solo vocalists provided a nice change between the dances. “I thought the voices carried so well. It just kept you, you know, engaged,” she said.