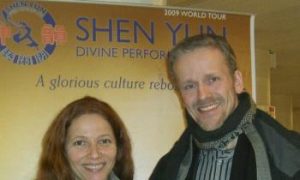 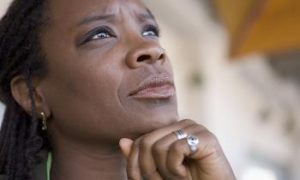 Beating the 'What am I doing with my life?' Syndrome
0 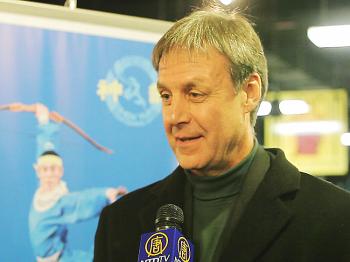 Al Aldi, a vice president of the YMCA, at Proctors Theater in the heart of downtown Schenectady, NY on Jan. 19. (Courtesy of NTD Television)
Arts & Culture

By Epoch Times Staff
Print
SCHENECTADY, New York—Al Aldi, a vice president of the Young Men’s Christian Association, was impressed by dancers’ skill and how they performed as one body after watching Shen Yun Performing Arts’ show at Proctors Theatre in the heart of downtown Schenectady on Jan. 19.

“No one missed a beat, no one missed a step. Everyone was together as a team, it's marvelous that you can pull this off with so many performers. From an athletic point of view it's mind blowing to me,” said Mr. Aldi.

He said the lyrics of songs and choreography caught his attention as well as the live orchestra’s music. “Just lovely,” he said, adding that he had not missed any word listening to singers.

“The music is unbelievable. The singers were terrific,” he said.

In addition to dance, Shen Yun features vocal solos in the bel canto style. Like the dancers, the singers are among the top tier of Chinese artists.

New York-based Shen Yun is reviving the traditional culture of China and its 5,000-year heritage, which has been systematically destroyed in China over decades of communist rule.

Mr. Aldi spoke of the dance, Plum Blossom which he liked very much. The flower symbolizes unfading will in Chinese culture, because they display resilience amidst adversity, blooming even in snow. No matter how strong and cold wind is, the blossoms never wilt, or lose their beauty, offering an unfailing promise of spring.

New York-based Shen Yun Performing Arts has three touring companies that perform simultaneously around the world. For dates in Detroit and other tour stops, visit ShenYunPerformingArts.org