Shen Yun ‘Is Art With Purpose’ in Detroit

'The show has a beautiful meaning' says financial professional 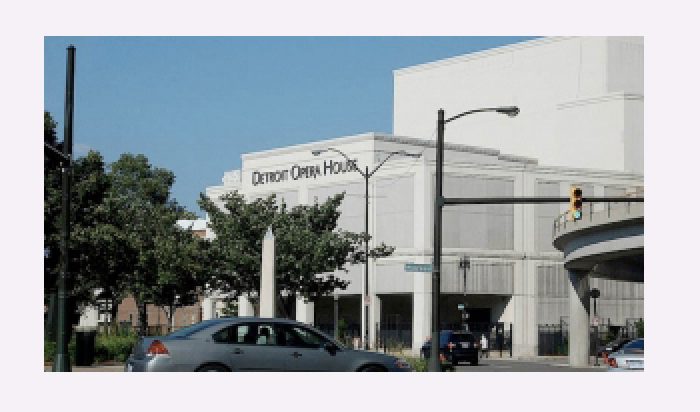 DETROIT—”I just love it. The show has such a beautiful meaning,” said Madhuri Raju after seeing Shen Yun Performing Arts at the Detroit Opera House on Jan. 1.

“I just came here looking for dance, but even the meaning is so beautiful and the message. So, this is art with a purpose,” she said.

New York-based Shen Yun tells a story of China’s traditional culture which is deeply spiritual and said to be divinely bestowed. But this culture was almost lost due to more than 80 years of atheistic Chinese communist rule.

For Ms. Raju, a global capital strategy analyst at General Motors, the message is in the spiritual nature of traditional Chinese culture. Spirituality “is a wonderful thing to have because it gives you moral strength, and also it brings people together with a common message and bonding. I think that’s a beautiful message,” she said.

She could see some commonality with her Hindu culture of India. “But there’s also unique Chinese flavor in this, which is very beautiful.”

Ms. Raju was enticed to come to the performance by the beautiful dancers in the advertisements. They did not disappoint her. “I was impressed with the dancers. Just the poise and the grace, and the control of the dancers.”

Shen Yun is known as a premier classical Chinese dance company. This form of dance “has a long history of thousands of years, passed down continuously within the imperial palace and ancient Chinese theater and opera. Soaking up profound wisdom from every era and dynasty, it has become a complete system of dance embodying traditional aesthetic principles with its unique dance movements, rhythms, and inner meaning,” states the Shen Yun website.

The digital animated stage backdrops, which blended with the different dance stories were impressive. “That was also very unique. I had not seen that in other shows,” Ms. Raju said.

Along with the Shen Yun Performing Arts Orchestra are the award-winning vocalists. “Their ability to perform bel canto while retaining perfect Chinese diction is unparalleled,” states the Shen Yun website. The lyrics are projected in English behind the singers to aid the audience in following along.

“I really liked both the songs that were sung. And they had beautiful voices,” explains Ms. Raju. “The message was so good. Again, they were very purposeful. So [I] really liked it.”

The message for her was there is more to life than the reality we see. Some things go beyond what science can explain. For this reason spirituality is important in our lives.