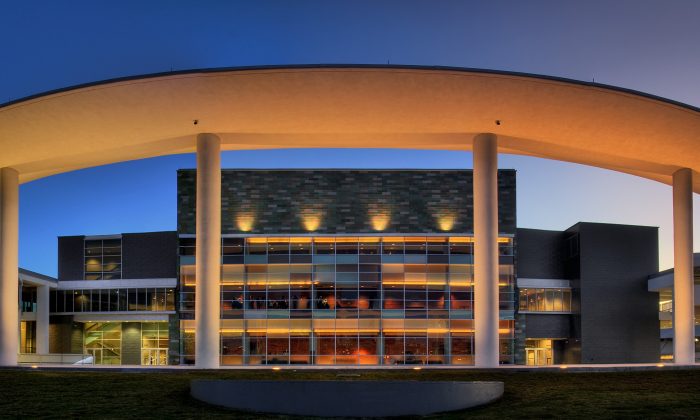 AUSTIN, Texas—Shen Yun Performing Arts dazzled audience members in Austin with its opening performance on Dec. 26 at the Long Center for the Performing Arts.

Anne Meiteen, a vice president and project manager for the Endeavor Real Estate Group, had high praise for the performance.

“I thought it was amazing … it was moving. I just really enjoyed the performance,” Ms. Meiteen said.

I really like the animation, I thought it was beautiful.
— Anne Meiteen, a vice president and project manager for the Endeavor Real Estate Group
Ms. Meiteen also enjoyed the different facets of the Shen Yun performance, including the colorful costumes and the animated backdrops, that greatly enhance the dance performances.

“I really like the animation, I thought it was beautiful,” she said.

‘The audience can learn a lot’

Hien Nguyen, who is studying dance in college, thought the Shen Yun performance was “beautifully done.”

“Very traditional, and true to its culture, and very colorful,” said Ms. Nguyen, who specializes in ballet, as well as modern and contemporary dance.

Ms. Nguyen also appreciated the story lines behind the dances, and the way the dances told the stories.

“I love every interpretation, and the movement, and particularly the story as it weaves through every single piece of the performance tonight, so it was really beautifully done,” she said.

The performance also displayed the spiritual side of the Chinese culture, Ms. Nguyen said, “through expression and the emotion that are played throughout.”

The audience, Ms. Nguyen added, can learn greatly about Chinese culture through Shen Yun. In fact Shen Yun’s stated goal on its website is to revive China’s divinely inspired culture.

“The audience can learn a lot from this performance[‘s] spiritually and artistry.”

Being short of words to describe the grandeur of the performance she witnessed that evening, Ms. Nguyen said she was inspired by the performance and the artists’ movement, enthusiasm, and very high energy.

“I was very impressed by their performance, and their dedication to the company.”