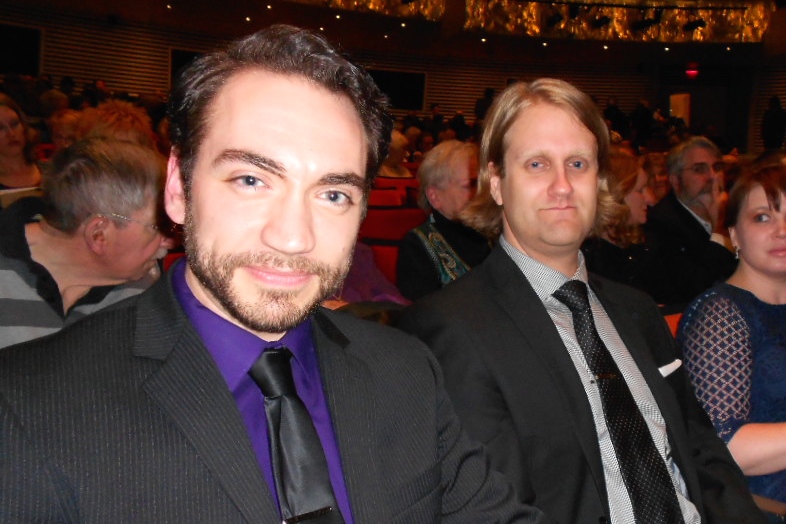 KANASAS CITY, Mo.—Shen Yun guests are not without their share of unique qualities. Justin Gabbert and Jarod Pharis, are no exception.

Mr. Gabbert, an English teacher for the Maryville High School was recently awarded “teacher of the year” by his students. Mr. Pharis is a private investigator and associate producer of local films.

Shen Yun features 20 or so mini-dramas that depict scenes from China’s rich 5,000 year history, including, as well, its mythology and literature.

Of course, Shen Yun expressed traditional Chinese culture and dance. Rooted in that culture is a deep sense of spiritually.

“It’s very interesting,” added Mr. Gabbert. “There’s a lot of stuff I’m learning I didn’t know about before, especially it seems, that they are mentioning a lot about Taoism. At the beginning when they’re talking about the creation and thousands of years ago, so it’s very interesting.

“It’s also interesting to see about how people are treated nowadays,” continued Gabbert. “I think they were talking about Falun Gong. It’s enlightening. I’m learning a lot too at the same time.”

Falun Gong, also known as Falun Dafa, is a traditional meditation practice of mind, body, and spirit that focuses on the guiding principles of Truthfulness, Benevolence, and Tolerance.

Falun Dafa has been brutally persecuted by the communist regime in China since 1999.

“I think it encompasses a lot of different aspects amongst the culture,” added Mr. Pharis. “I really enjoyed the start of the show with the creation stories and how it blends in with more [with] some of the modern [aspects] of Chinese culture. It’s a very good balance between both, so both traditionalism and more modernism, I really like that.”