Shen Yun Is ‘A complete experience’ 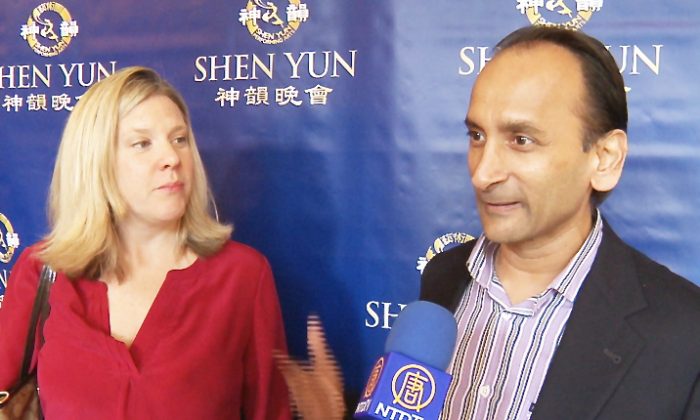 Jenny and Michael Gokhale attend Shen Yun Performing Arts at the California Center for the Arts on Feb. 27. (Courtesy of NTD Television)

ESCONDIDO, Calif.—Aerospace engineer and President of Sextant Engineering, Inc., Michael Gokhale and his wife Jenny Gokhale spent a lovely evening at the California Center for the Arts on Feb. 27 in the audience of world-renowned Shen Yun Performing Arts.

“I think it’s absolutely fantastic,” said Mr. Gokhale. “The history, the technical expertise, all of it is just really amazing. The music is fantastic as well.”

Shen Yun was established in New York in 2006. According to the company’s website, “Through the universal language of music and dance, Shen Yun weaves a wondrous tapestry of heavenly realms, ancient legends, and modern heroic tales, taking you on a journey through 5,000 years of Chinese culture.”

Mr. Gokhale said this was their first time seeing Shen Yun, and they had heard about it partly because their son wanted to see it.

“The show is wonderful,” said Mrs. Gokhale. “The dancing is technically wonderful. The colors are vibrant. The music is fantastic.”

“Come down and watch it,” he said.