Shen Yun Is a Celebration of a Unique Culture 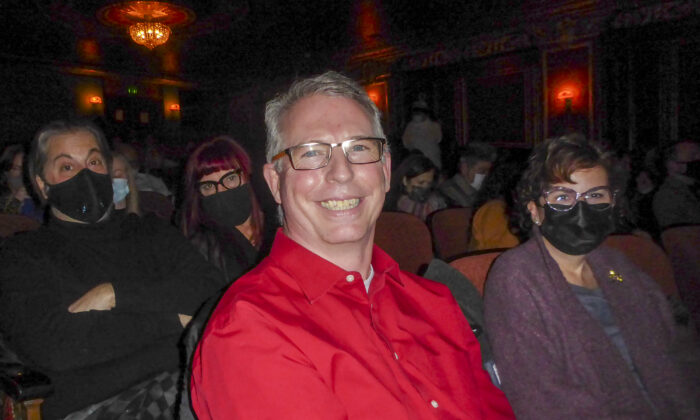 PITTSBURGH, Pa.—Although Shen Yun Performing Arts is a performance that showcases a revival of Chinese culture, audience members haven’t felt that it was something irrelevant to them. David Crumm, an educator, expressed that the performance presented Chinese culture beautifully.

“I think it’s great that everybody embodies culture everywhere. You know, we’re all different and that’s what makes the world so magnificent,” Mr. Crumm said. “We embrace the uniqueness that everybody has, we can enjoy life so much more.”

Mr. Crumm had wanted to see New York-based Shen Yun the year before, but unfortunately the performance was canceled.

“I think it was last year that it was canceled. I was planning to come last year. So I was glad that we were able to make it today. I love seeing culture. I love seeing colors. I love seeing the arts. I love their music. Makes the world a better place if you enjoy experiencing all life has to offer,” he shared.

It’s great to see that we’re able to gather again and be involved in the music and the arts and culture and experiencing life again.
— David Crumm

He also expressed that he would love to be able to enjoy the performance without having to wear a mask.

“I’ll be glad when it’s all over. To watch this without masks and shake hands and talk and see each other’s faces and experience all we have to offer each other. It’s great to see that we’re able to gather again and be involved in the music and the arts and culture and experiencing life again,” Mr. Crumm said.

Shen Yun strives to present the beauty of China before communism to audiences around the world. Mr. Crumm shared his thoughts on the importance of knowing one’s roots.

“I think it’s essential that we all know where we came from, what it was like before, and to learn from our experiences,” he said.

He felt that Shen Yun was a celebration of everyone’s uniqueness, and yet we are all still part of one entity.

“I would say the message from the show from what I’ve seen is that we all have uniqueness. We’re all part of the world as a whole. The show talked about [how] it’s not just where you are now, but where you may have come from and where you’re going. So it just embodies everything that’s out there,” he said.

Each of Shen Yun’s dances presents a unique aspect of China. The different ethnic groups like the Tibetans or Manchurians are cultures that the company features and presents to all of their audiences.

“I like the bit near the Mongolia area—the bows and strategic movements and the flips and spins, the turns, [the] energy. And then the one with the plum blossoms. I love the colors and the movements with the ladies,” Mr. Crumm said.