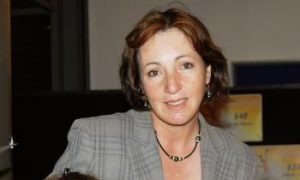 Young Dancer: 'I loved it, but it just went too quickly'
0 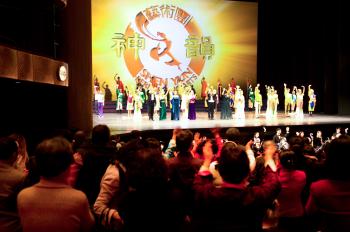 Among them was David Lu, spokesperson for the Christian Democratic Party of China. After seeing New York-based Shen Yun perform on Thursday, Mr. Lu was full of praise for the performances.

“Shen Yun is the one and only show that reveals the meaning of life and the position of human beings in the universe,” said Mr. Lu. “In a time of corruptness, recession and depression, Shen Yun comes to the Lincoln Center, the world class stage, and brings us the best performing arts and culture."

Mr. Lu added that he believes Shen Yun will inspire a "renaissance of traditional arts."

"It [Shen Yun] also points out a new direction for painting, opera and other art forms, as Shen Yun shows that only faith for the divine can lead to excellent cultural and art work,” he said.

He also noted that the difference between Shen Yun and performing arts that come from mainland China is the inner quality.

“In China, moral standards have declined," he said. "Lots of things can be faked. The Communist Party slanders divine figures and that brings danger over the whole nation. Their performances are vulgar in nature. Though on the surface it looks like that the Chinese Communist Party is in its prosperity, its fate will actually be very miserable.”

Mr. Lu sees a great deal of benefit in experiencing Shen Yun. He believes that whose who see the show will gain "guidance, inspiration, good luck, and rewards."