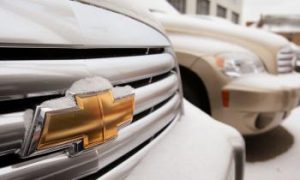 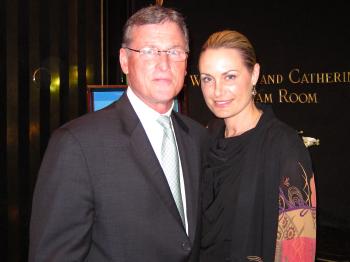 “The costumes and the choreography, everything was really beautiful,” agreed Ms. Sutton, business manager for a philanthropic Chicago foundation.

Ms. Sutton was profoundly moved by, “The beautiful story telling. The one about the mother and the son. I mean I thought that was very, very telling. It was sad but inspiring at the same time, how it ends. I guess I didn’t really realize that everything is going on in China and how there are books that people can’t own, and I mean that was interesting to me.”

She was referring to the performance, No Regrets, a story set in present-day China which features the suffering of Chinese people who ask for freedom of belief, but are continually oppressed.

Mr. Hettinger said he was also touched by the spirituality of the performance and the reference to the divine, and said, “I thought that was pretty special.”

Ms. Sutton concluded by saying that she would recommend Shen Yun to others. “I am definitely going to share this information with my friends and colleagues.”