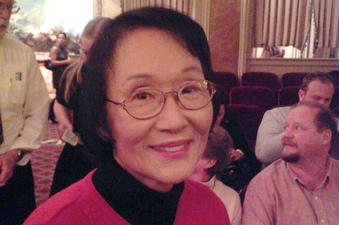 The show brought out her passion and love of traditional Chinese culture.

Shen Yun’s programs show characters of different dynasties, with each of their ethnic dances, historical stories, and heroes.

Ms. Xie said she was happy that Shen Yun brought all of these dynasties to life. “I think culture of the Tang Dynasty is the best, and I think it is a very good opportunity to promote Chinese culture. Many people don’t know that there are so many different things in China, so I am happy that this culture can be brought out.”

“Many people don’t really know how profound Chinese culture can be, even for the Chinese who grew up here. So it is a very good opportunity for the younger generations to understand it.”

Ms. Xie felt impressed by the harmony and wonderful performance the Shen Yun dancers presented: “Those dancers are really good and have practiced well. I didn’t see any mistakes, which is excellent. I think every Chinese person need to see it once [at least].”